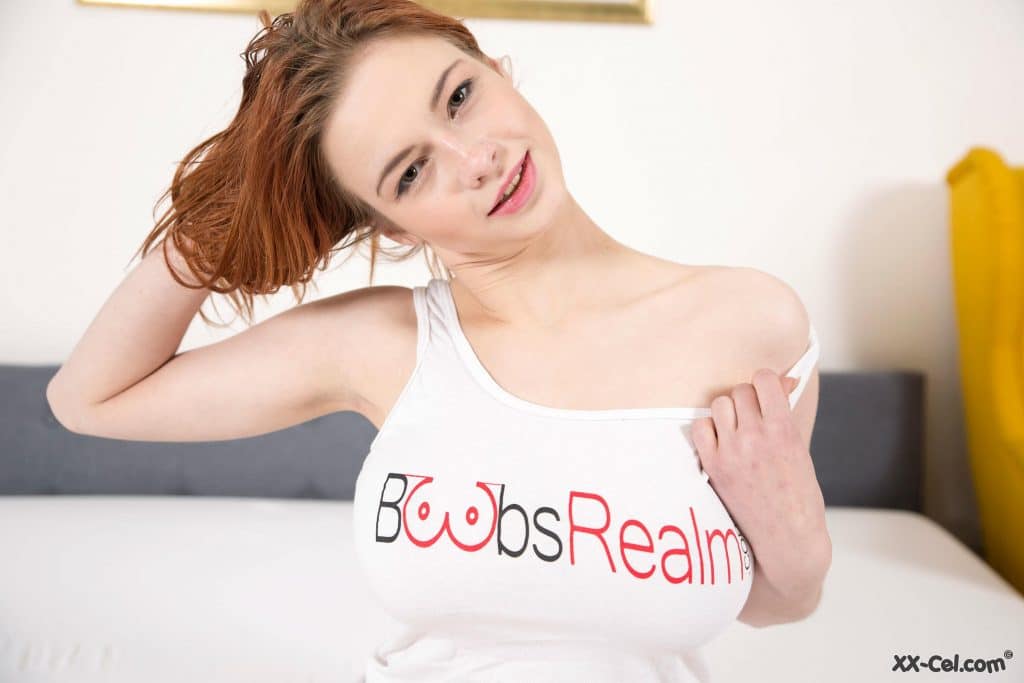 BoobsRealm has been the target of attacks in the last three of day. It seems someone got their feelings hurt by the Kaitlin Bennet post.

So it seems some liberal idiot who lives in her basement mom got offended. Or he went to the threehouse to discuss serious world matters with his dorky friends and planned a systematic attack on BoobsRealm.

In the last 3 days this blog has suffered two DDos attacks. Also, the instagram account which is mostly posting other girls posts got reported twice in 10 minutes The photos which were ofthedrohoe and Florence Agapi were accused of being nudity and target harassment. This did not make any sense, but we all know IG is a platform full of hypocrite prudes, so my account might be deleted for the 4th time.

It is really interesting that some human being out there is going out of his way to just fuck up a website because that person is not able to continue his life due to the comments posted on a big tits blog.

Also, and this might be new to most of you… there is this guy who contacted a couple of models months ago telling him that they should not shoot with me because I was “a rapist”. Obviously that dumb anonymous fuck did not even know that first : I did not even shoot with anybody at the time of his message, so there was not any possible way he even know about shoots I did, because I had done none at that time. Second, what that idiot does not know is that most models have private chats groups where they talk, among other stuff, about photographers and fans accounts to block. So as a very famous pornstar who has not worked with me told me “We already know who you are and how professional you are, so the people that matters to know how you really are, know”

Also this individual screenshots the posts I made where I say something that can be taken about a model or model behaviour and contacts models saying I talk trash about them. I know this because one of the models, who ALMOST EVERYBODY ignores I am in ouch with and have talked about a photoshoot showed me the screenshot and told me all the guy said.

So folks, “if I can be serious for a minute” -only some will get the reference- there are people with really mental issues out there who just want to fuck things up. And yes, you can agree or disagree with the comments, but trying to take down the website or ruining my relationship with models will just mean no more news, no more updates and no more what many enjoy from the site. Let’s be honest, with all good or bad things, this site provides added value to boobs fans. It is more than photos and videos…

Oh and now I have catfishes on IG and twitter…. I guess I made it in life LOL.

At the end of the day the haters, right or wrong, are inconsequential. It is your right to disagree, but taking action to try to destroy the site crosses the line. regardless of your position, I guess that if you have some common sense, would agree that trying to take down the site is just something a fucked up mind would do.

To end up with a smile, tomorrow photos of Sophia Traxler wearing the famous Boobsrealm tank top.

And this weekend on the Boobs realm Onlyfans… Hanna Orio gets her tits oiled by manly hands! 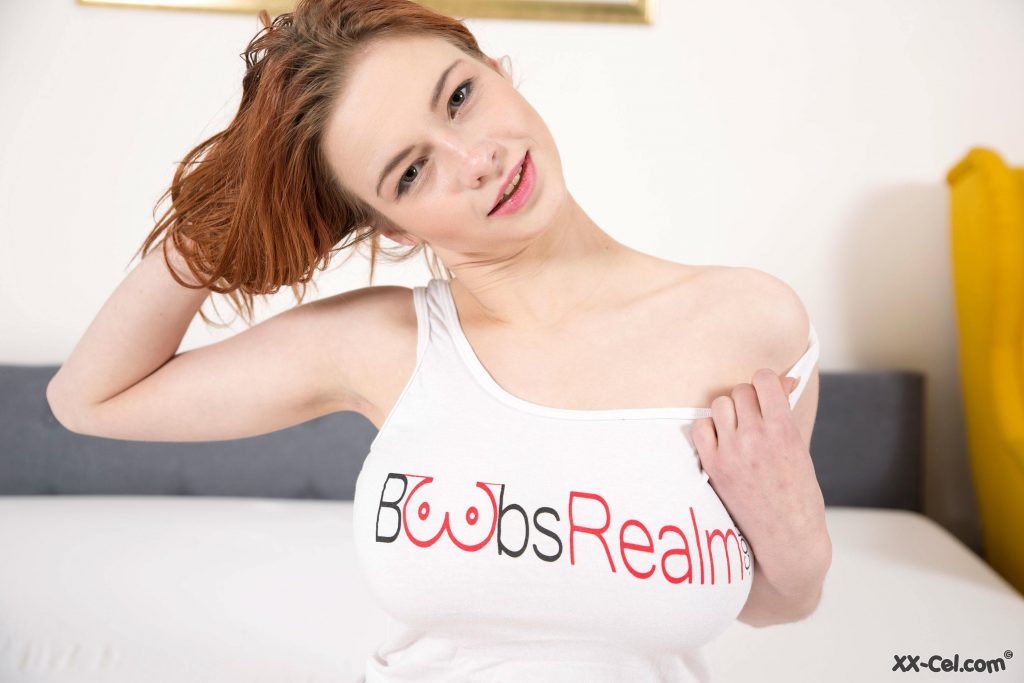 “if I can be serious for a minute”

I mean I thought it was a dumb post because I hate politics and such but I wouldn’t take the whole site down and spread lies just because I don’t agree with that one post.
I’m only here for the tits.

Yes. I understand some people will not like the post or even hate it. fine, but somebody going out of his way – in his life- to just try to ruin stuff for something that will not change how his life is is really pathetic.

I’m not sure it’s just one person I mean Boobsrealm does generally talk a lot of shit and post articles about nothing so he can run his adverts. Also that particular post seemed to be the words of someone mentally ill or from another planet. Maybe Boobsrealm needs to think before he writes to avoid any backlash.

Again, you need to put the things into perspective before making a statement. So basically if someone does like like the post, it is ok to go out there and try to fuck up the whole site? So basically if you support a football team and you beat my team and start chanting your victory, It would be ok that I would go out there and kick you in the nuts and smash you dog? No, obviously no, so I will not have to ask for permission to mentally ill idiots before posting so they do not get their feelings… Read more »

Actually that’s not what I am saying at all, the main thing I am saying is it may not have been an individual. I am noticing Boobsrealm has a lot of haters it seems. Boobsrealm likes to get into this very bitter rant when someone tries to explain something. Your articles are poorly written both from a grammar and journalistic point of view. A lot of the articles are about nothing and to be honest I think it was only a matter of time before this happened and guess what? It could actually have been a female or females as… Read more »

Again, you miss the whole point. But first. Yes, you are right I have grammar mistakes. Not intentionally. It is that I speak 3 languages, but only one is my mother tongue and it is not english. So apologies for the errors, but I try to improve. However, I expect the left t be more tolerant towards individuals.. however, I think it only happens when it fits their narrative. Secondly, I do not know what the fuck you talk about me nnot being an advert for women’s rights. What the fuck? You have shit outside the toilet… What rights I… Read more »

BR, your example makes sense to regular, sane people. However, to the left, they truly believe that they can and should be able to silence those with whom they disagree. And they are fine doing this by any means necessary.

For me, the surprise is there are lefty soy boys interested in big boobs. They must keep quiet about this around their purple-haired, tattooed, surfboard-bodied girlfriends.

Lol, look at the votes. Everyone is laughing at both of you because of your weak and pathetic beliefs.

If you want to suck Strong Daddy Trump’s dick, feel free, it’s still a free country. Just don’t make us have to watch.

Or maybe you have a very specific mental illness that makes the affected behave like a deranged idiot when he/she thinks he can get away with it?

I completely agree with this article. And I liked the Kaitlin Bennet post. There is some liberal idiot sitting in his mom’s basement, eating hot pockets, has no job and has nothing better to do than to try to ruin a website. This site adds value to boobs fans and the liberal snowflakes who post negative comments are the ass clowns, haters and have nots. Liberals are fueled by jealousy because they’ll never be you. They are pre-occupied with the issues within themselves.

Leave the boob reporter alone He provide Intel on my favorite women attribute.

But you are still an unAmerican piece of shit for promoting Trump. Get that hateful propaganda out of my boobs news.

It makes you look stupid and pathetic.

I hope someday you can get enough economics, or business education so you can see how uninformed many of your ideas are.

Sorry, can’t hear you with Trump’s cock so firmly jammed down your throat.

Why are you bringing up gay shit? Trump is married to Melania so he’s not gay. I can tell you have an obsession with Trump with a name like Alex45. Hence the “45” is in reference to Trump. Thank you for showing your support!

OK guys too much discussion. DO no make the idiots feel relevant by replying to them anymore.

Ok, you unpatriotic and unAmerican piece of garbage

Can someone please explain or is the guy full of shit

Or maybe I have a life and have things happening. I have some things to do in life. Appparently you don’t so you are just doing nothing waiting 60 minutes for a post on a boobs blog.
The post is there, please stop crying, wanker.