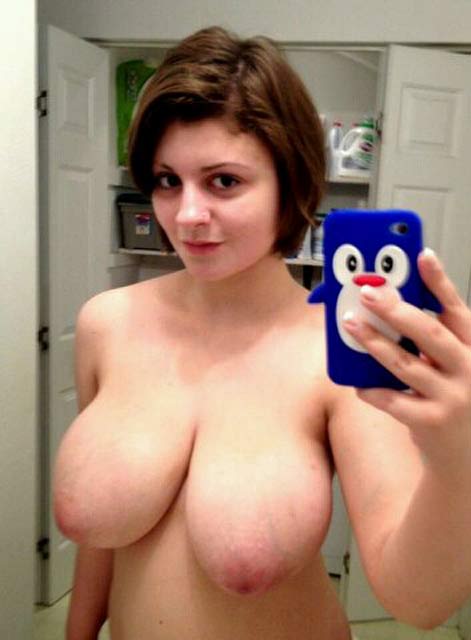 Episode 3 was recorded a week ago, but technical problems have been happening one after another. Still, for a reason the file does not get recognized by the software. … I just dowloaded Final Cut, but need to update my Mac IOS and all, so hopefully it works this week for the video editing… yes the BoobsRealm Onlyfans is coming very very soon!

The video has been encoding for 6 hours. There is technical issue.
I tried dailymotion. here is still encoding

Photo on the post is just  a random big tits girl One week later one of the models I referred to started talking trash about me. She started telling people I wanted to exploit her and get free content. What I was telling this girl with 7k followers was that I could post on the blog about her and promote her twitter account. Still, I got trashed on the internet by her friend, who I never met in my life, but who just based her opinion on what her friend told her. That girl did not tell her she dumped me 3 times on 3 different occasions when I was gonna explain her how to make money on onlyfans and snapchat.

But well, obviously I confronted this person who did not even know me and despite I explained her what happened she said I was still abusing girls because I was making money online with their photos. Basically if you did not get the rants I had in previous years, this is what I was foreseeing. A girl who has no idea on the business thinks that promoting her for free is abusing of privilege and continues the patriarchy dominance and the culture that abuses women… hmmm… ok.  Also the same girl with 7k followers who posts online saying things along these lines “give me your money because I am hot”, “or who wants to buy me a new phone” thinks she knows that is the way she will make money. Same girl who has 7k followers and who I told she would get paid average model amount of money wanted to get paid the same amount of money Tessa Fowler or any other big name would make, because she identifies herself as the best busty girl in the world and she should be paid accordingly.

This is my fault because I have known this girl for over 3 years and she has been flaky and always has an excuse for not doing something and always complains about white privilege, patriarchy and you know all those things. From now on I will try to work with girls I know are at least nice and are not going to throw a tantrum because it rained.

Just to clear up, how this girl expects people to know her if she is not willing to share how she looks like or tell what fans would get on her snapchat? Some women think that fans are stupid and will throw away their money to a girl that just asks for it. There are literally thousands of girls on the internet that share content and work their assess off to attract fans and get them to spend their hard earned money. Who is this random big tits girl?

Nah. I’m sure you will never see much of her because of her methods used on social media. I wanted to tell her but my toxic masculinity was causing anxiety. Worst part is that she has told many others that I dont know a lot of lies. And other young girls from hr generation tend to believe the one playing the victim and judge somebody they dknt even know.

what is the point of this article? to inform your readers about a shitty models? but at the same time you hide their names so they won’t trash talk about you later? this is ineffective as the same history repeats over and over. they will keep using you as they see you will never ‘unmask’ them.

btw, before you starting making drama articles again, i’ll suggest a new article for the blog:

she has some hc clips fucking the bbc of her boyfriend. She’s hot as fuck, unfortunately the recording aren’t that good but I’ve notice a lot of improvements in few months. Hope she do some professional shoots in the future or at least buy some studio stuff to make her clips

btw, before you starting making drama articles again, i’ll suggest a new article for the blog:

she has some hc clips fucking the bbc of her boyfriend. She’s hot as fuck, unfortunately the recording aren’t that good but I’ve notice a lot of improvements in few months. Hope she do some professional shoots in the future or at least buy some studio stuff to make her clips

Boobsrealm creator always came across as a whiteboy incel MRA MGTOW faggot and his recent posts just confirm more and more. This cracker needs to suicide his cumskin ass on the quick.

Your hateful comments say a lot about you. I admit these secret nameless comment posts about secret girls are pretty lame but otherwise he has a good site. No need to be such a harsh troll.

In my opinion, either name these girls when you post these stories or just don’t post them. What’s the point? “Some girls lie”. We know. “Some girls are manipulative”. No shit. “Some girls act innocent but are total whores for the right price”. That’s no surprise. Maybe these stories are helpful to you because they let you blow off steam, but from a reader’s perspective, without names, they are repetitive and don’t tell us anything we don’t already know…

he’s one of the top 5 blog dedicated for breast lovers, and the only who’s committed on news and information in it’s niche. He should stop being afraid of retaliation from WK and name the girls he’s talking about. honestly, pages like this makes the blog a bit uninteresting.

When these hoez go into business selling tit pics online, they have voluntarily and willfully entered the public market, and in so doing open themselves up to opinion and criticism that the private individual largely avoids. Do not hold back on naming and shaming these ignorant skanks who resort to the SJW tactics that they learned at college. As long as they make money showing their privates and you phrase everything as being “in your opinion”, you have nothing to worry about legally. Stop emboldening these little SJW hoez and stop annoying your own fans by refusing to call these… Read more »

Boobsrealm posted this blog as a form of revenge against these girls who attacked him on twitter but let’s be honest who even noticed this or cares. Focus on boobs not pathetic private disagreements.

You miss the point.. there are many things to consider.
1. Many fans. Not necessarily the ones that comment often. Think that models are perfect t and they idolize them. Believe it or not I have come across many fans who worship girls. Those guys would ask how high if the girl asks them to jump. So believe it or not some fans need to awake.
2. Many people think that it is easy to deal with models. So this is to give you an idea…. I have to upload episode 3 but the editing software is not working fine.

No you are missing the point not only are you too technically incompetent to host a podcast and lack money and technology to do it properly but you also haven’t read the comments properly.

I don’t know, man. I don’t know you personally, obviously, but I’ve heard from many girls (some I actually know and respect, and some I don’t) that you’re a sketchy creep and posts like this — where you accuse women of “playing the victim,” but turn around and do the exact same thing (i.e. they’re telling lies about me, they blew me off, I’m just trying to help them, etc.) — make it seem true. Most of your posts reek of personal bias and seem to focus more on rumor and speculation than facts. There has been multiple times when… Read more »

I never said cara ruby was pregnant or married. Dont know where you get that. As for elle faye.. different sources claim the opposite. I have no idea why some models would say that about me. The question would be to know if they know me. It depends on what and who you talk about… as far as I know I have not had issues with any model I have interacted more than just a DM. I am really curious as i have no idea what they would be referring to. It is easy to talk about someone without any… Read more »

As I said, I don’t know you and I don’t claim to, so I’m not saying anything about you as if I have firsthand knowledge. What I’ve heard — which, to reiterate, comes from a variety of sources, some of which I readily admit are questionable — is just that, words without any evidence as to their authenticity. My point was that when you publish posts like this, slamming delusional models for “playing the victim,” but play the victim yourself, you give credence to the reputation you’ve (allegedly) garnered for yourself. Unless I missed something, any interaction I’ve heard of… Read more »

I’m sorry but I I know why you have been told that they weren’t. I was told the reason why they are not confirming it and I keep it there. So with that statement I can say you are not getting the right info. And honestly I know what I know.
And I’m not playing the victim. It is that for many people they have a different idea about how things are.

Interesting. I k ow of her but I didn’t know this was an old pic of her.