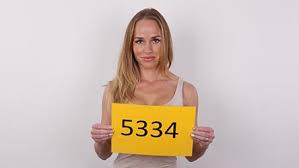 The teacher claimed in he defense that she was drugged by the director in order to help her feel more comfortable. I think that is a common excuse many girls say…. – others say that they were told the video was not going to be released *cough*Kailu Blain*cough* or like Miss Delaware aka Melissa King who just denied been her (see girlsdoporn.com) As this news may go viral, I will post the video to save you a google search. Please do not expect full videos here in the future #Pay4yourporn

Yep, I bet we will have more cases like this oftten