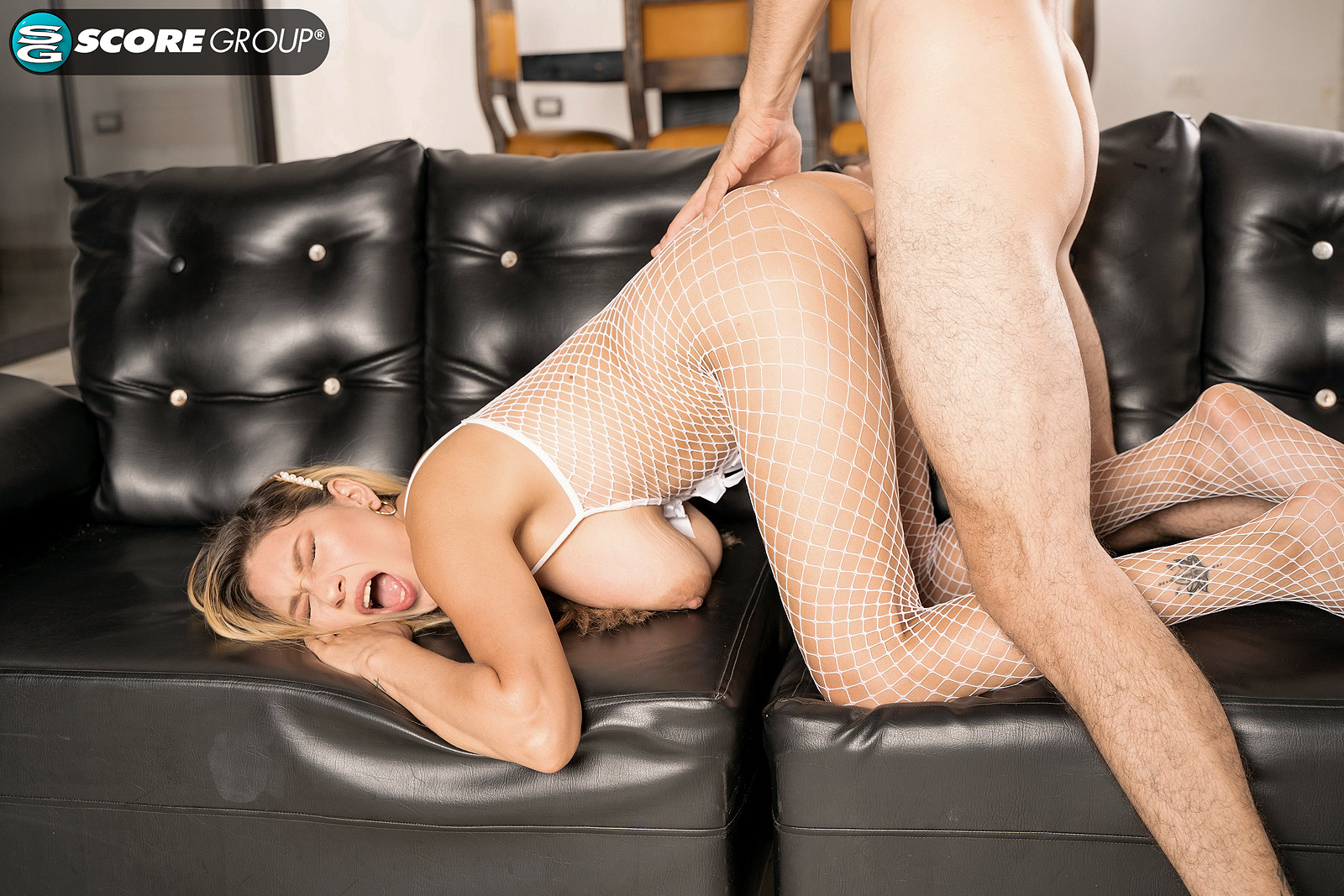 The former Jessica Valero AKA Chuky Dream is back on Scoreland with a hardcore scene as Violetta.

Mrs. Violetta Rondon has another boy/girl video on Scoreland. The Venezuelan is one of the fan favorites. She even reached Miss BoobsRealm finals in the past. Scoreland’s editor describe her as a modern-day Merilyn Sakova, but I think this rating has been adjusted by inflation. Violetta is very hot. Probably the hottest body on Scoreland right now; however, she is not Merilyn, or even was when she was doing group sex on Chaturbate.

Anyways, this scene is hot. I encourage you to watch it as this might be the best sex Scoreland is presenting this year – in terms of girls involved-.

I found her sexier with more weight on her bones, but the scene looks hot and those tits are still nice and big. Anytime the actor sucks boobs while fucking from behind is an instant dick explosion for me.

I love Violetta, her breathtaking beauty, body and boobs. And I love watching her wearing those amazing lingerie!!!! I am not a fan of her husband/boyfriend/partner but this Scoreland scenes is one of the best