5 Reasons why Most Onlyfans girls don’t shoot for Producers 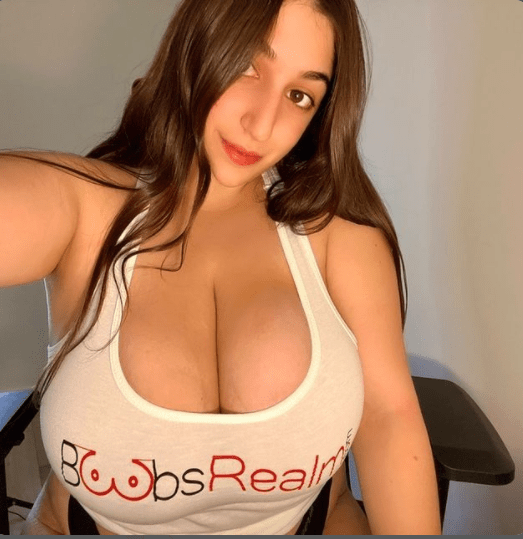 We have seen in the last year how the big boobs sites are on their ways to extinction. Onlyfans eliminated the middleman and let girls -and all creators- DIY and sell on a platform. Many guys post on forums how they would like such and such site pick up such and such girl. I am going to list the top 5 reasons why girls do not want to shoot for producers, what the current state is and my answer/solution.

Note: Girl on the main image is Natalie who got a lot of backlash because fans made rumours I grabbed her tits. No we never met. and the backlash and men threatening to unsubscribe if she shot with someone else reaffirmed her idea of not shooting for anyone.

Most girls between 22-28 tend to avoid commitment. It is more often than not that when getting a proposal for a shoot they act very excited and say they are down for A,B, C and more. Once the conversation advances and they agree with everything and even with a date for the shoot they just ghost you and go MIA.

A sort of famous professional nude model cancelled me at 1am the date of the shoot citing a specific health issue. I travelled 5 hours and spent over $1,000 for a location. Funny is that night she was streaming on Twitch and was OK. Then the following day she was on Twitch again and the medical condition -which was supposed to be physically evident- disappeared.

Current status: It is hard to get young girls to commit to something that demands more effort than what they usually do. When dealing with girls who do not work for agents there is always a risk the producer will lose money. Going forward with exposing an unprofessional girl online would be even worse, as the girls have several simps who will defend her.

My solution: Try to develop chemistry with the models when chatting; however, there is never like doing it in person. So you need patience or consider retirement. Yes this is part why I lost having fun creating content.

If I would get paid every time a girl tells me that I would be making more money than on the onlyfans.  While it is understandable, girls have to see the benefits of shooting for others.

I have done some content sharing with a couple of girls and I include it in some of the proposals; however, I have dealt with a lot of BS. I had 2 girls who asked me to get paid for the shoot (full price) and have rights over the videos and photos too. This is laughable.

Girls have told me they want to own the content so when they decide to retire everything is taken down. Well, while I understand that, still people will leak it and put it somewhere online. Yes I do know many girls spend hundreds or thousands a month taking down the content.

Current status: Sadly big producers cannot do much about it.

My solution: Offer girl different type of content than the one they produce themselves so they see a benefit in working with you. The value added can be either quality or type of content.

Katie Savannah, who was a loyal fanbase told me she is glad we work together as she does content with her phone on her own, but working with me pushes her from the comfort zone and let’s her try new things. That is the attitude!! I worked with Katie for my onlyfans and we shot 31 videos. about 5 of those are also shared with her. We also did 8-10 videos that are exclusive to her onlyfans.

They think people will not subscribe to their onlyfans anymore

Many girls want to be exclusive to their onlyfans because they think that if guys see them naked somewhere else they will not subscribe to their site. There is a famous nude model who regrets working for a producer. She blames the fact she is not making much to having been on certain site. Sadly this girl pays monthly money to a fan who created a promotion account and she  has not realized this guy sucks at promotion.

Current Status: Maybe the Abigaiil Morris and Daisy May appearances at RK and Zishy would encourage other girls to get out there

My solution: Offer the girls promotion. Pinupfiles is advertising girls who have not worked for them to establish some trust. I also have the blog which allows models to see that I want them to do well.

Girls make thousands from their bedrooms because some guys just want to talk to them and ask for customs. Producers have to pay for location, model fees, food, transportation /flights and MUA -sites like Score and PUF-.

Big sites have the potential to make money on their own sites as they have Referral programs, so they have “a sales team” who receives commissions from sales. Onlyfans creators do not have that as OF does not offer that feature, which makes it impossible to track who brought you which sale.

I have tried offering hybrid deals to girls -believe me to Huge names and up and coming ones- so they get a fixed amount and they get a % of the subscription of fans referred if they subscribe and give me a CODE. However, girls say it is too difficult to track and do not want to do it. Plus they think that promoting other site means their fans will spend money on others and will not be able to pay for more stuff the girl offers later.

My solution: Explaning the reality and doing numbers and explaining that it will encourage more people to look for their onlyfans.

This one is self explanatory

Current Status: I am not sure if Scoreland allows girls to shoot b/g with their BF.

My solution: Girls should ask for references of previous work and chat with models who worked with the producer before. Also there is nothing like the chemistry people have during the shoot. It has happened to me once that all was good before the shoot, but once the day of the shoot came the chemistry was not there and the model was not easy to deal with.  On the other hand Sha Rizel said no to mahandling, but once we met in the first day of the shoot, she realized I was not a creep and everything was going to be done professionally and she agreed to only do manhandling for BoobsRealm. Meghan Montblanc was supposed to be only solo and manhandling but as we got along she proposed me to do the Naughty tasting video – after watching the one with Katie Savannah on OF- and this one had a long BJ which I did not countent on before the shoot. Note: I am not saying I expect Bj or anything, I just want to say that there is nothing like knowing the person you wil shoot with and be able to get along.