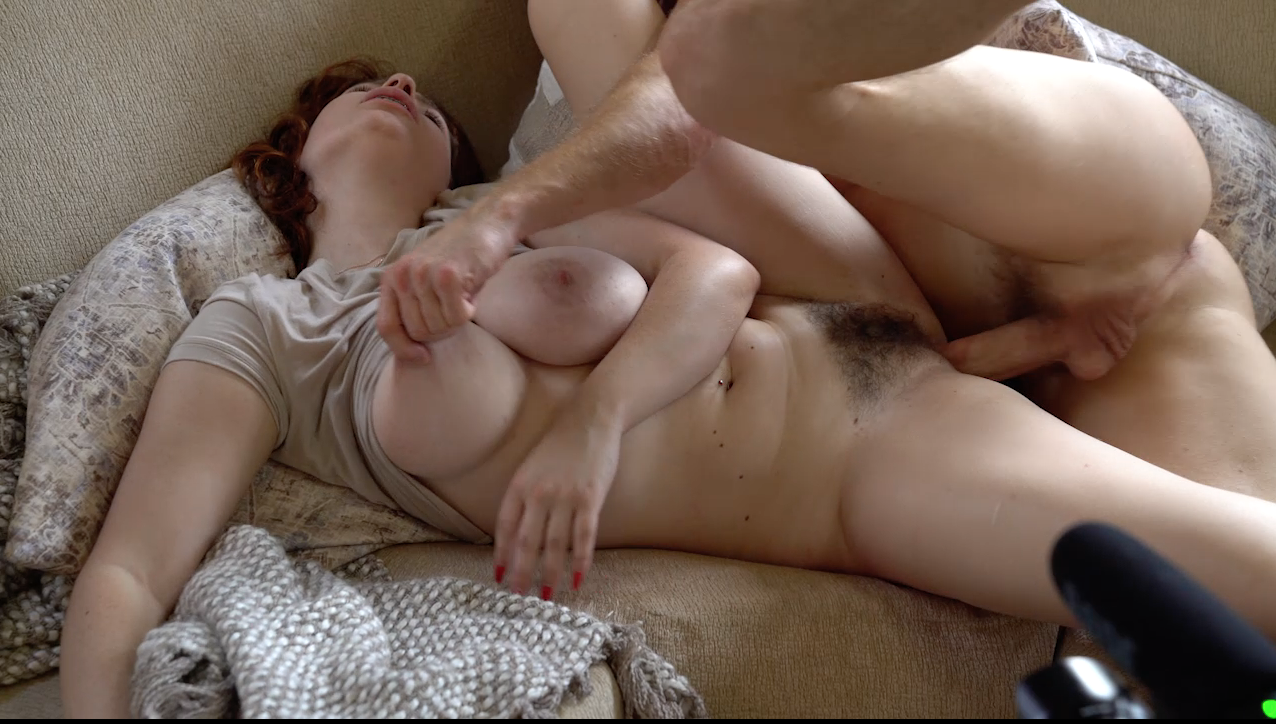 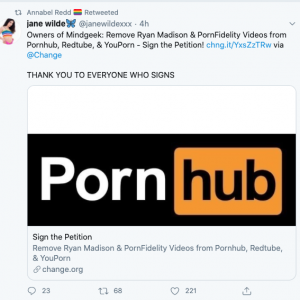 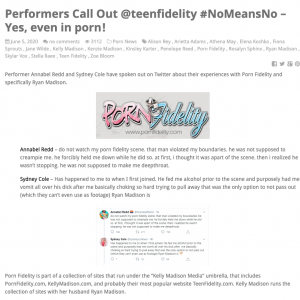 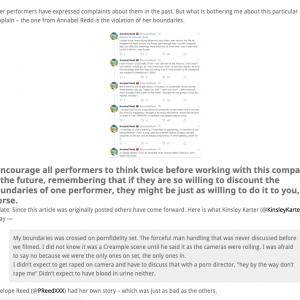 Some Annabel’s fellow adult entertainers have created a petition for Pornhub to delete Ryan’s PH channel.
Annabel has claimed that she in fact said ‘breed me and ‘cum in me’ but thought it was part of the script, yet she was expecting him to pull out.  In case that was the case, there is no way Ryan could have known that as she does not seem to indicate any problem with the scene.
Ryan Madison created a twitter account to post his side of the story. Below you will have the chance to watch the two unedited videos and compare both sides of the stories and judge by yourself. He claims the shoot took 2 days and she never expressed any discomfort in any of the days. Kelly Madison was also there according to him. Based on Annabel’s recount of the story it was only Ryan and Her.
Regarding the deepthoart, we can see in the 20s minute mark that indeed Ryan pushes Annabel’s head for a DT and she has to spit after; however, again no conversation about how bad that was for her. At 28:44 she even DTs without being forced. Maybe she was just trying to be professional? We do not know that part, we just comment based on what we see on the video. Below the PR Ryan Madison sent out. 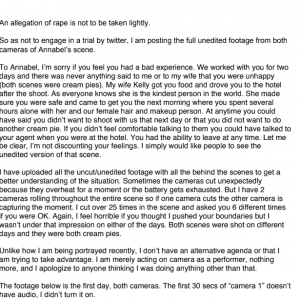 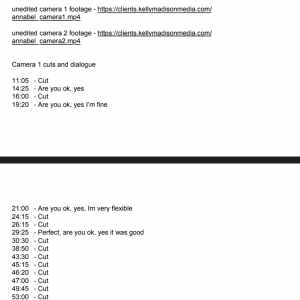 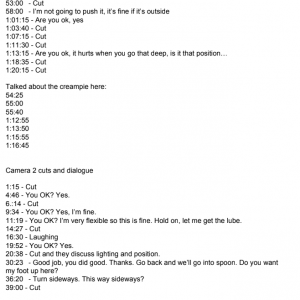 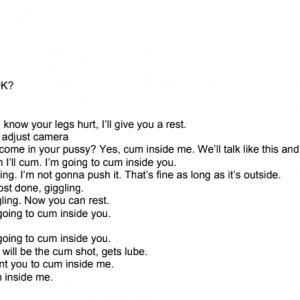 There is no difference between these women and prostitutes. You take money to have sex. Period. You continued the shoot and cashed the check. You are a
whore for money. Just because there’s a camera involved doesn’t make you less of a whore.

Still people you piece of shit. God i hope you dont reproduce. You job treats you like shit, you still cash your check right? FOH

Seems Ms. Redd is trying to manufacture a “minor stir” in an effort to raise her star. It is unlikely to work. Seems she is delusional and thinks herself as a Hollywood celebrity, rather than a paid public fornicator. This will backfire as folks will be afraid to book her.

We have seen this before with actresses speaking out against certain male performers such as James Dean, Markus Dupree, Manuel Ferrara etc and the industry for the most part does nothing. However this time with Annabel Redd’s case it does appear that things might be changing,as in the past couple of days there has been a growing list of actresses speaking out against Ryan Madison and even female directors and owners of booking agency’s being accused of manipulation etc.   There has been some interesting tweets on Annabel’s twitter page   TaterTiff Jun 7, 2020 @TiffanyWatsonX   “I can confirm ATMLA will… Read more »