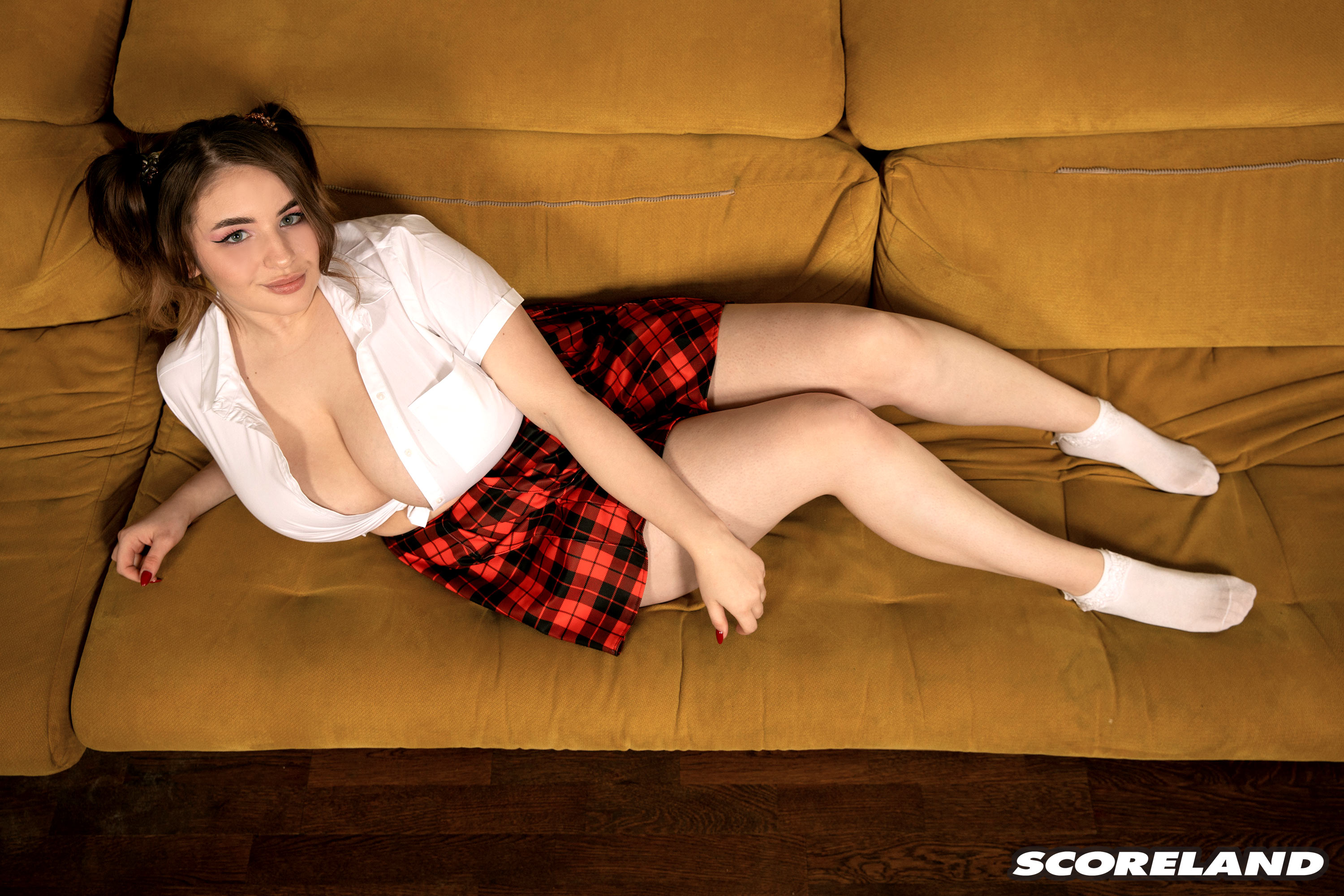 Scoreland announced last week that they were bringing in n 18-years-old to the website. Today they released her first photo. Molly Evans is quite a pretty girl. They said she has not done hardcore, but who knows what future holds.

I swear I have seen this girl before. They shot with her a few days after she turned 18; however, I think that migth have been a while ago – They shot Louise Bordeaux last year and they have not released it yet-. I still have seen that face on twitter. If someone recognizes her, let me know.

Molly has an American name but she is Russian. Same as Holly garner who is Inna K-etc-ova

Scoreland is releasing Molly Evans debut on Thursday. For sure this girl is an upgrade of whatever they have released in the past year. While it seems she might be chubby, she is still a pretty girl.

well a bit chubby, but well finally a decent model…

she is cute compared to other score model she is far above better…. well done scoreland

Panda models(chubby girls with a cute face) are always welcomed.

Reminds me of Christy Mack

Nah. This girl reminds me of shyslur02 but Molly is russian