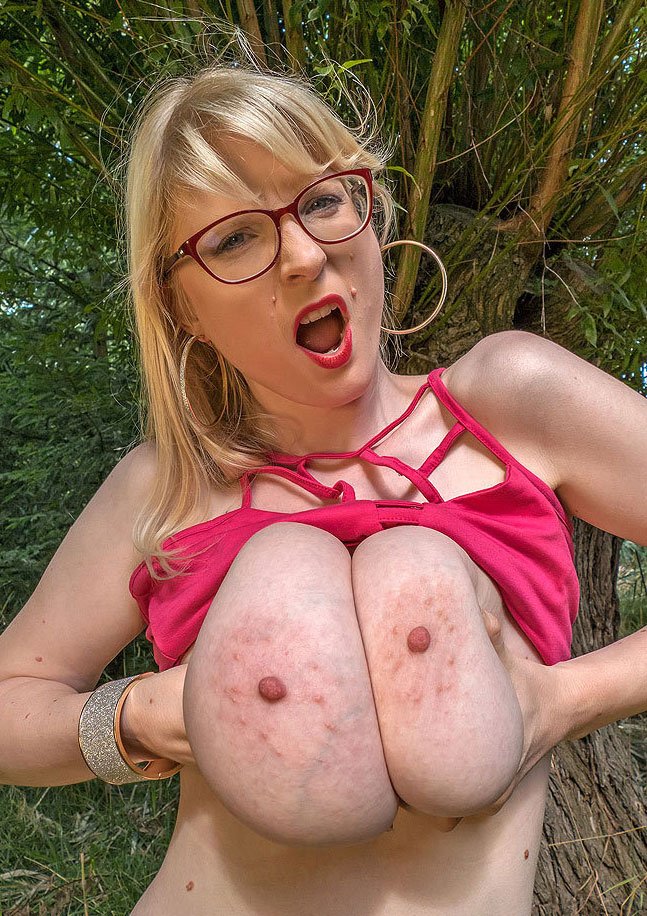 Casey Deluxe had some set backs in the past couple of years, but she is back in full force and is determined to show that she is a top busty model. Her site looks nice and she looks as great as always, if not better. Those big pale tits are perfect. A fantasy for a dream tit fuck!

You can see that Casey is an exhibitionist. She likes to show off. With that body, we appreciate the sharing. Casey also shares clips. As you can see in the one below, Casey has gone a bit harder than what we would expect from a topless model. Nobody complains, but it is just to let you know that Casey is not a vanilla topless model. She goes full nude and has been experimenting with inserting objects in her gaping pussy.

Casey is eager to share with you her naughty adventures. Do not miss any minute and enjoy her videos and photos.

Note: She reminds me a bit of Bernadette from the Big Bang Theory, who is someone I would love to bang. So Casey Deluxe helps to get a bit closer to that fantasy. You should check out mydirtyhobby.com for many german busty amateurs, e.g.

Casey did a few public exposure videos for ring-360 that are strangely interesting to watch.
Ring-360 have video called Black Smoke, I want some one to tell me who that blonde is, because she is hot.
LOL BoobsRealm you crack me up with your wanting to bang Bernadette (Melissa Rauch) from the Big Bang Theory. You might have to stand in line for that one, can’t believe how many other guys have said that as well, seriously funny.