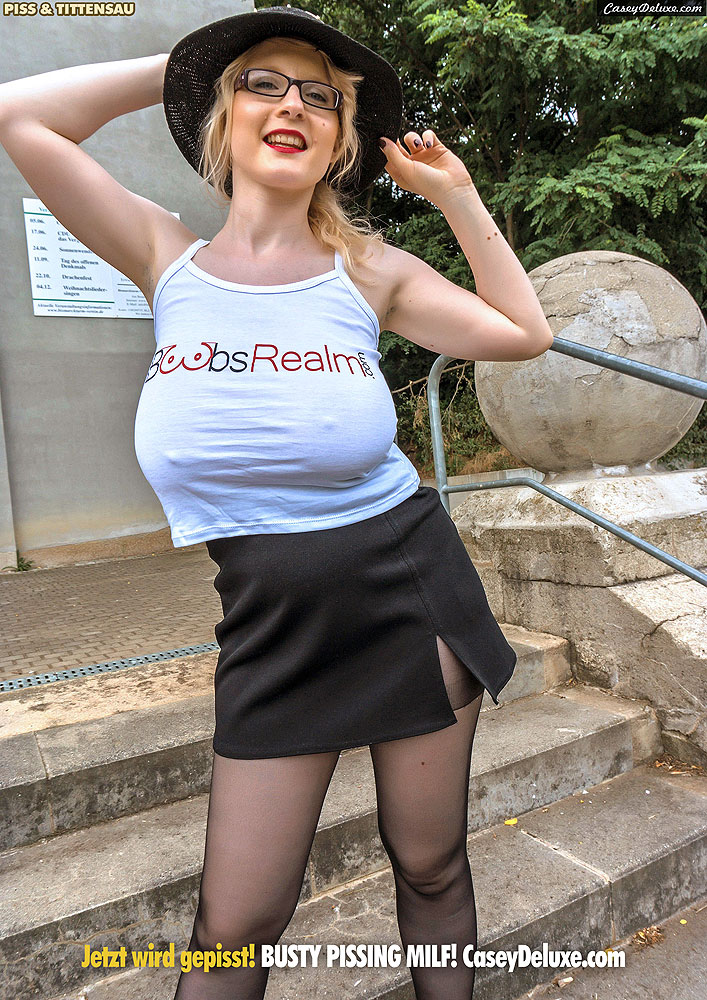 I’m also honoured that Casey Deluxe opted to wear Boobs Realm tank top for this shoot.  For those wondering, Casey Deluxe has confirmed that her big natural boobs just grew bigger after giving birth and she has had to order new bras!

Watch the full video and get the exclusive photos. Besides peeing there a huge bonus for us. She actually gets some milk out of her huge milk wagons! Yes Casey Deluxe milks her udders and she caught it on video. Keep the pee pee… but Casey Deluxe sharing some milk nearly blew the top of my head off!!! She is starting to look unstoppable as that baby weight comes off. Here is to some serious milking vids for those holy heavenly tits!!!

Yes she has more in store. check out her site