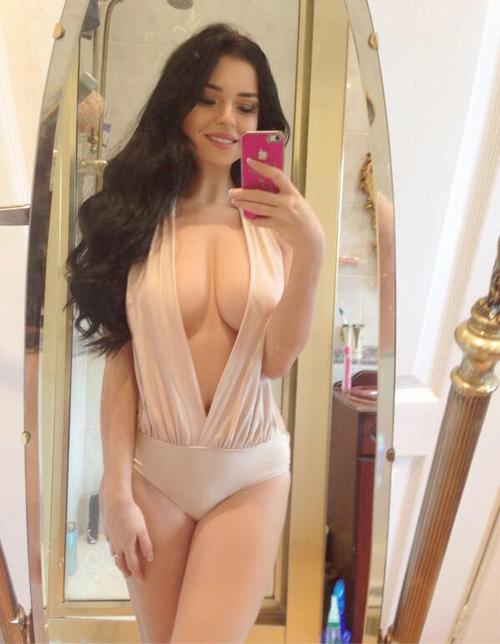 Model Demi Rose Mawby draw a lot of negative backlash after her debut as a runaway model. It was just a matter of one mistake -or the whole thing if you wanna say it like that- to get women and keyword warriors to attack the busty hottie in her mainstream modeling debut. People targeted with comments of all kind, but the funniest one -and very accurate- is the one that she is not actually doing the catwalk but mimicking legendary WWE Hall of Famer Stone Cold Steve Austin.

On a side note, Demi Rose looks like she gained ass. Some people said it was fake ass. Do you remember Demi Rose Mawby being so thick?

Anyway, Demi Rose was told to walk in as if she owned the place. And that is what she did. Only that she was watching too much attitude era videos and not Victoria Secret ones.

Demi Rose Mawby is walking down the aisle and ready to raise hell!

And that’s the bottom line because Demi Rose Mawby said so!

I recognize that walk pic.twitter.com/hlRikLdqP4

We still love Demi Rose Mawby and we support her in her new career. I am sure Demi Rose will improve with that. If you agree with me give me a Hell Yeah!

Watch Busty Models on Pinupfiles at 50% OFF I LOVE Demi Mawby. What a goddess!

As stupid looking as it is gross. And if she did that on purpose, she’s a moron.

Well to be fair , you can see shes wearing high heels that are a size too big for her. But either way, she has a awkward ass walk in real life because of that diaper butt she bought.