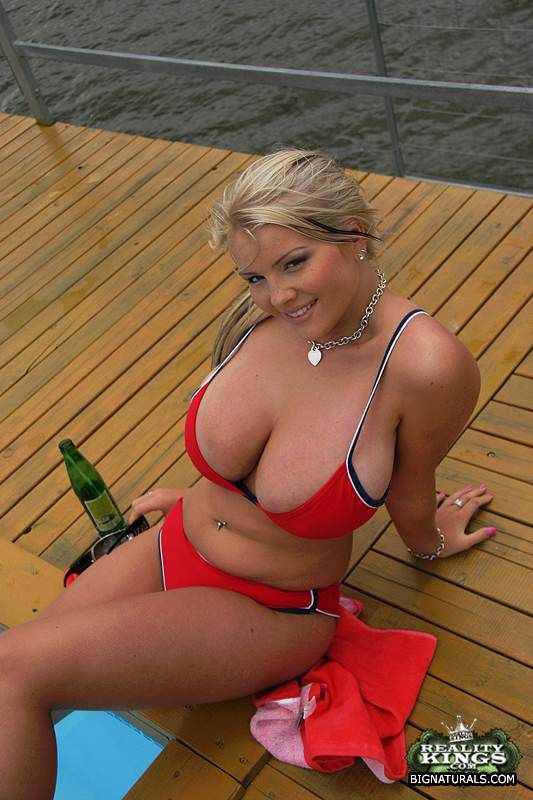 Big Boobs legend Faith Nelson returns to our Big Boobs World repackaged as Loula Belle  (The Plegan Pinup)? . According to some fans Busty Faith from In Bed With Faith is back but this time on onlyfans. Is it true?

This year 2020 is a hell of a ride. While the big boobs world has seen a decline in big boobs models going to websites and choosing onlyfans and pandemic interrupting shoots schedules, we can also say that 2020 is like a HUGE Royal Rumble in terms of models. Yes we were introduced to many new girls, most amateurs such as Mati Marroni, Mady Gio and several instagram girls, we also saw some one-time returns, hardcore teases and news from some glories from the past. Like nostalgia entries in the rumble we got quite some surprises hat got a pop from the fans. It was not Bob Backlund, Mick Foley and Steve Austin, but some of the returns in the big boobs models may feel like them. We got Milena Velba doing her old stick one more time on Nadine’s site, Emily Born returned to do nudes and even boy/girl, after getting breast reduction, Amanda Love -well not returned, but you know what I mean-, Brandy Talore, which would be like Sandman entering the rumble, Kendra Sunderland making porn for Brazzers again, Shione Cooper teasing her return… -longer than Emmalina’s promos on WWE- but I hope we see her instead, Marina Visconti on Onlyfans only. Now a Stone Cold Steve Austin’s level star maks her return…. Faith Nelson. The legendary blonde who was out fantasy for years. However, according to some fans she has rebranded herself -probably due to the scam incident and the whole drama surrounding it- as Loula Belle.

NOTE: Now I am waiting for a surprise entry of Lucie Wilde and Viola Baileys, but very unlikely.

Now Let’s enjoy the new Loula Belle. Honestly to me she will always be Faith, but I guess it is like callingJon Moxley who you knew as Dean Ambrose. However, this Faith Nelson! This is like calling Stone Cold Chilly McFreeze!

For those wondering I do not have confirmation Faith got a boobs reduction. Some people that already knew about this speculated about it, but I do not see any scar and I am more inclined to believe that her boob mass is still big, but she lost weight. Still those titties are big, but you cannot expect Faith Nelson at 18 y.o. does not change when the same Faith Nelson is in her 30’s.

NOTE: A fan told Faith that I was using her photos so she decided to request removal. As a result I embed her twitter posts, which can be used for journalistic purposes and which are hosted in 3rd parties.

Fans online speculated that the birth marks on the left arm are the same. At the end of the day, judge by yourself. And regardless of what you believe, you can enjoy Loula Belle on Onlyfans.

NOTE FROM LOULA BELL: The model Loula Bell contacted me denying that she is the former Faith Nelson. I fulfill my journalistic duty and let you know that Loula Belle denies being Faith Nelson.  On the other hand, a fan posted this in a famous forum.

UPDATE: Faith Nelson had a tramp tattoo on her lower back; however, the tattoo is not on any photo released by Loula Belle. So this could disprove the theory or could be as some people on forums say, a result of photoshop. Anyone who has been her videos on OG maybe could help us confirm the rumor that she is Faith or completely disregard it. thanks! 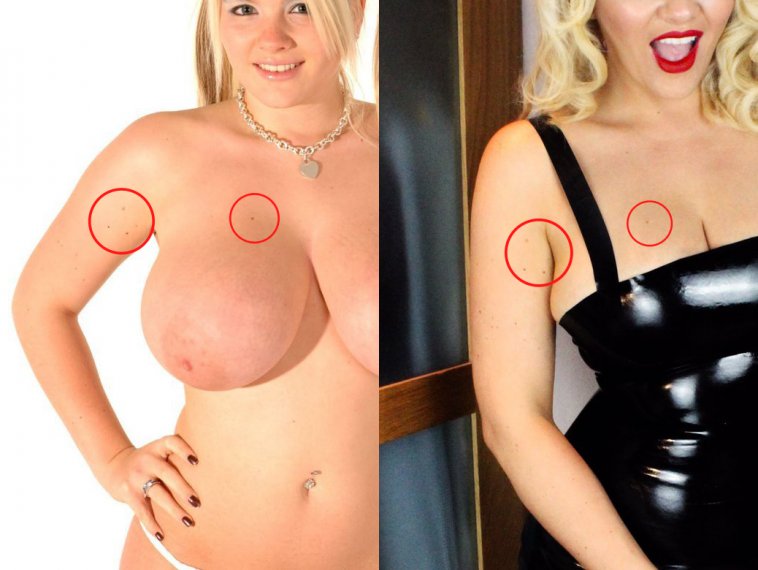 There was definitely a reduction and lift. In the videos you can see on the outer edges of the nipples there are lines. It was done well, but she definitely had them done. She’s photoshopping her photos.

At her natural size and at her age now, it was probably a prudent decision. Just a shame. I signed up for her OF and for Taylor Steele’s because they are legends to me, but they just aren’t the same anymore. Taylor Steele is the other side of the page- she is really saggy now.

Faith is lucky she didn’t do time for her part in the crime.

Really scummy crime too. I can’t get a boner to her now.

I changed the original post because Loula threatened me to sue me for posting the photos. Then I embedded them, as I am fine with not posting copyrighted photos, but for journalistic purposes I can embed tweets. She them requested to take down the whole post. There are several fans speculating about it, so it is fair to just lay all the information to the fans and post the news. I will not confirm nor deny. I am being objective here. The fan that accused me of “stealing copyrighted content” is going out of his way to just make girls… Read more »

Since Loula threatened to sue you, that further confirms Loula Belle is Faith Nelson. If Loula wasn’t Faith, she wouldn’t care if you posted photos. That crazy motherfucker is a hater! If someone doesn’t like your site, as you have stated before, stop coming here and go somewhere else? There is something you have, or something you are doing that he wishes he could do and is jealous of.

She has alot to talk about when it comes to stealing stuff.

These types of girls age horribly, same with Codi Vore. She was hot a couple years ago, now shes repulsive.

Codi lost weight. she is not fat now. I do not see anything wrong, but everybody can have their own opinion

I don’t think she was fat ever, thick perhaps.

Codi needs to shave her pussy. Her pussy such a hairy jungle even the male talent have trouble finding the hole.

Please – every bad dick has a problem with pussy hair. So what, she has hairy pussy not snakes down there… If she likes it like that, her choice. Respect it, do not judge.

I like the wrestling royal rumble analogies lol. If you watched the most recent royal rumble, then you would get my reference when I say that a Lucie Wilde surprise return would be akin to Edge returning in the royal rumble

I’ve been following her for a while now. Loulabelle had a Youtube account and modeling portfolio. I can understand why she doesn’t want anything to do with Faith/Denise Bell. It may hurt her bottom dollart on Onlyfans. She supposedly DOES have a hadrcore video on OF.

The modelmayhem page got deleted yesterday.
She should tell a story of redemption and trying to better herself and show she learned from the past and is trying to be a better person. That story would get more sympathy instead of grabbing her ball and running back home.
I found out many people spculated about she being the same person as Faith years ago.

What was the scam she was a part of? 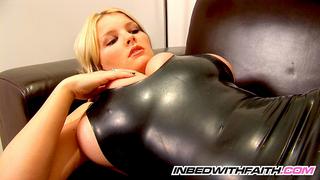