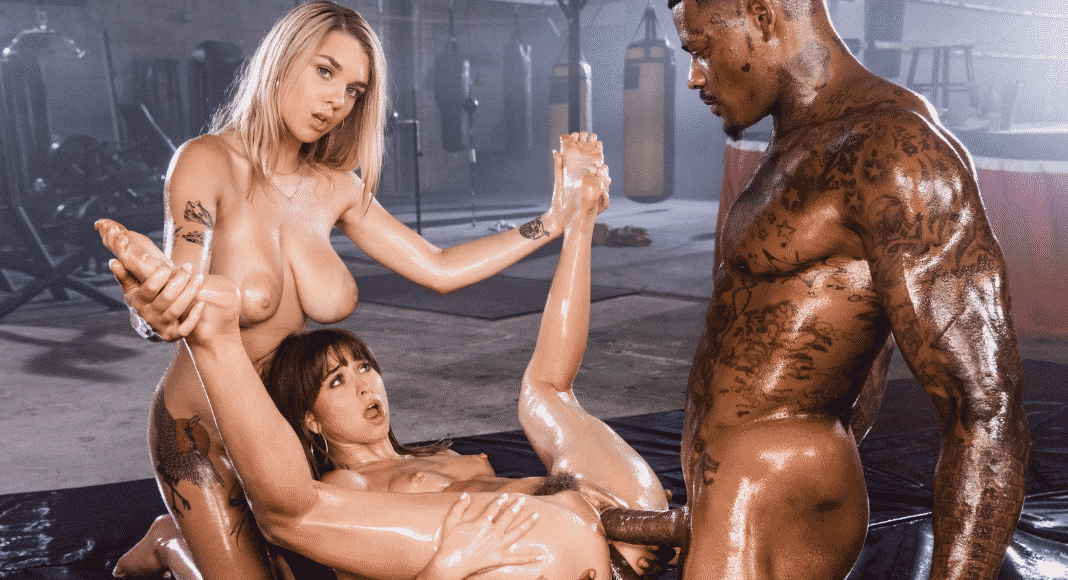 It seems that they are saving Gabbie DP for later as Riley is the one who got two cocks and squirts on the BBCs.

We can’t link you to the video preview, but here you can watch some blacked.com videos in their channel

The scene is out in less than 48 hours. Looks like one girl heard a joke that was so funny and made her laugh so much that her tits fell off.

They are probably having Riley take the heavy load (anal/DP) and ease Gabbie the newcomer into those things. Same thing was done with Viola Bailey and Hennesey in a BGG scene at the start of her career..

It was different. Viola did that scene before doing any hardcore her condition to be with a guy in the scene is that there was no contact with the guy

Of the girls that are going to debut for Blacked, is there any that has never done BG?