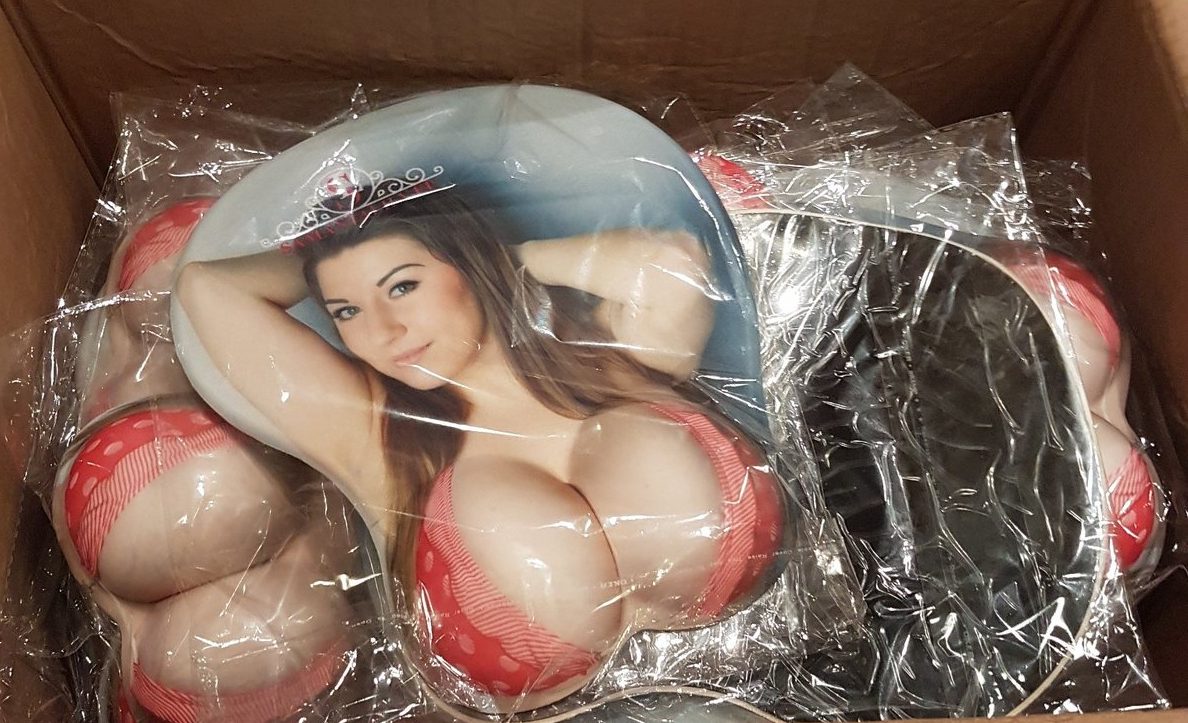 Samanta Lily just released her 3D Mouse Pads. Yes, you can get Samanta Lily 3D mouse pads and have her every time. Get her huge tits in 3D and do whatever you want with her tits.

You will find the 3D Big Tits Mouse Pad on her Official Site on the Tips section. Also take a look at her recent shoots. Samanta Lily never stops. She amazes us with several photos and videos. Take a look at the samples below. Samanta is boxing. Notice how huge her tits are. Those knockers are bigger than her boxing gloves. I’m sure she would KO Mayweather in 2 seconds with a combination of those mega tits. Hell, She would literally squeeze him and make him disappear between her tits just as she hides that big beer bottle . Who would not love to be the beer bottle and get inside those mega bra busters? If you are not convinced yet, take a look at the following video where her lucky husband gets to play with her giant udders! All in POV styles so you can pretend to be him and be the one touching Sam’s body.

How much retweets does this clip deserve? ?? pic.twitter.com/HwfkgzRoz1