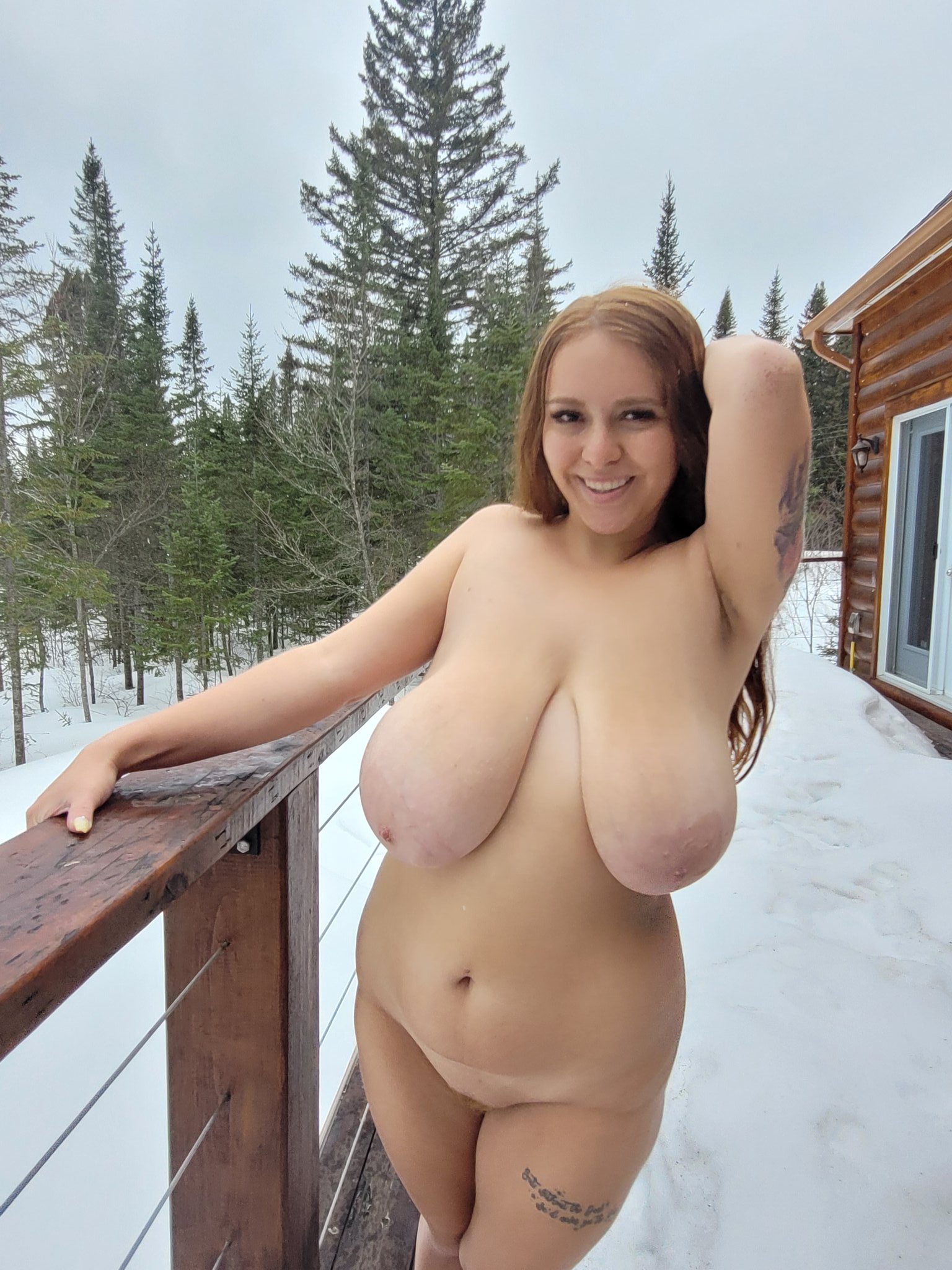 One of the most-talked about Onlyfans girls on forums makes her Boobsrealm debut. The videos are shot and will be released throughout the year.  Goddess Arianna took the opportunity to come to cold Canada and roll on the snow and get naked by the cold river.

Arianna has done several videos for Boobsrealm. She also had your truly helping out for her videos.

Fun fact: The GPS took as to a wrong road and we got stuck in the snow. I had to call tow service to help me move my car. In the meantime Arianna showed me her boobs and did some nice videos on the snow.  We have quite some content coming on her Fansly and my Boobsrealm Onlyfans and Loyalfans. her interview comes out during Easter.

You need to join Loyalfans or Onlyfans. However, Onlyfans will feature a poll so you vote what video is released at the end of the month…

In the meantime, Katie Savannah’s birthday celebration is coming out later tonight. Also Alice Brookes returns to BoobsRealm next week -and only for 30 days- and then Goddess Arianna debut. You already got Busty Kait video so you will be getting 4 videos in less than 4 months.. and one more coming at the end of the month… oh and lovely Katya P in her final shoot Behind the scenes before the end of the month…. April is packed!

The video below is a GIF from her Naked in the Snow from Arianna’s fansly.

Thanks for wearing the #BoobsRealm Top @BoobGoddessAri
The whole video on Silver and Gold https://t.co/SGFWDBsFGU pic.twitter.com/FDrR4cujbE

I hope you got to suck and fuck those titties!

How big of a gap in height were you next to her my man?