Goddess Arianna Purple Bikini and Naked on the Snow 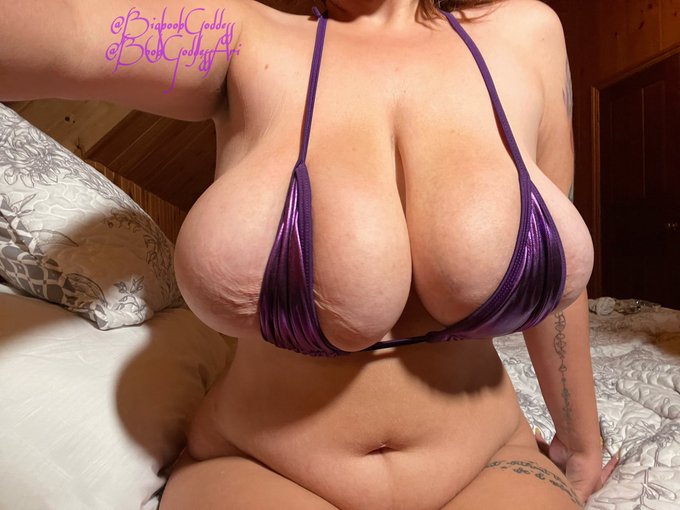 Busty teen Goddess Arianna came to Canada for a shoot for BoobsRealm. We did videos for BoobsRealm, her Fansly and some videos that will be shared in both platforms. Today I bring you teasers of what Arianna has released on her fansly.

I know there is more b/g to be released in the coming weeks. But right now you can find her naked on the snow and also see her giant tits barely contained by a purple bikini. Those tits are epic. I can testify! The purple bikini one  has some solo stuff but also prt of the manhandling to be released on BoobsRealm in a future date.

On BoobsRealm next weekend Arianna debuts with an exclusive topless interview.

Back to Arianna,  her fansly has 3 tiers. The standard at 8 bucks, which offers photos. The Silver at 20 bucks which has videos and some b/b and the GOLD which has it all and no PPV.

Can I sit on your lap while you play with my oiled tits ? pic.twitter.com/NFPatqpjSW

Can you guess why my ass is red ? I’ll give you a hint. River equals my happiness 😏😂 pic.twitter.com/ar24yxWlb3

She is very sexy! Kudos for securing her for Boobsrealm content. I bet it was fun handing those big tits

I was handing those and more… stay tuned.

No offense, but you are the worst handler of boobs I’ve ever seen. Lol. Do you just get nervous or what?

Lol . Depends on the eye of the beholder

Yes, you handle boos like someone who has no experience with women.

Or maybe that’s how I like to play with them