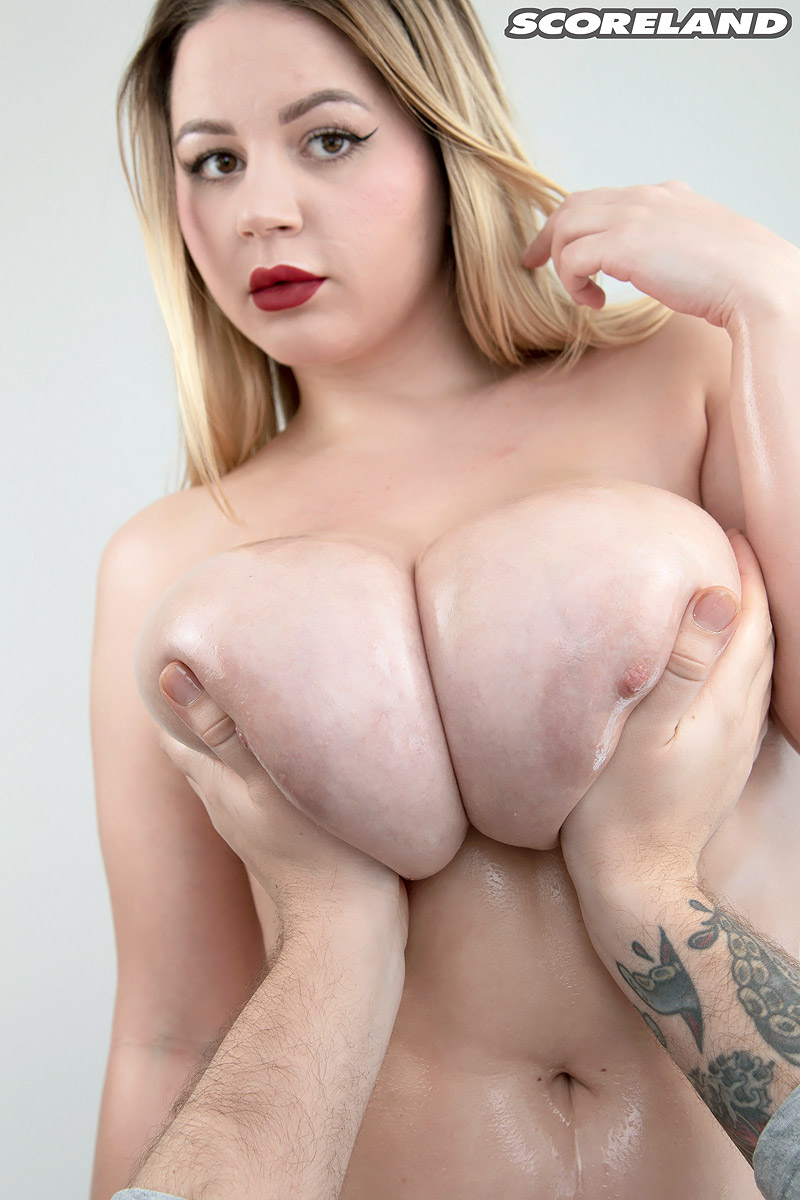 Lovely Holly Garner is the surprise update on Scoreland. I did not see it coming, but Holly gets oiled herself and then gets help from her man.

I am surprised Inna AKA Holly Garner is doing it. However, I know Scoreland needs some special content after the KittyCute and Joanna Bliss b/b and the Alexsis Faye groping. Some fans are speculating that she will do hardcore for Score. Pump the breaks. I am afraid I have some Bad News, Holly will not do hardcore, let alone b/g for Scoreland. The Mr. Hands Score refers to is not the same Mr. Hands Alexsis Faye used. Holly’s fondler has a tattoo on his right arm, while the guy with Alexsis did not. The guy is Holly’s boyfriend. She will not fuck any porn guy or fuck on camera for any reason. I know we are entering a recession, but girl like Holly with a career in a 9-5 job will not risk not being hired for anyone in a very traditional Russian society by getting fucked on camera for 4 or 5 figures. Actually with inflation, not even 6 figures is worth not being able to do something else and being stigmatized in Russia professional or romantically -if she breaks up with the bf-. And for those thinking that ALL onlyfnas girls make 5 figures a month, that is not the case for 95% of the creators.

So enjoy Holly Garner getting manhandled on Scoreland

But will she get her tits sucked?

I doubt it. Unless the guy is masked… oh I know this guy who wears mask and sucks tits on the boobsrealm onlyfans lol