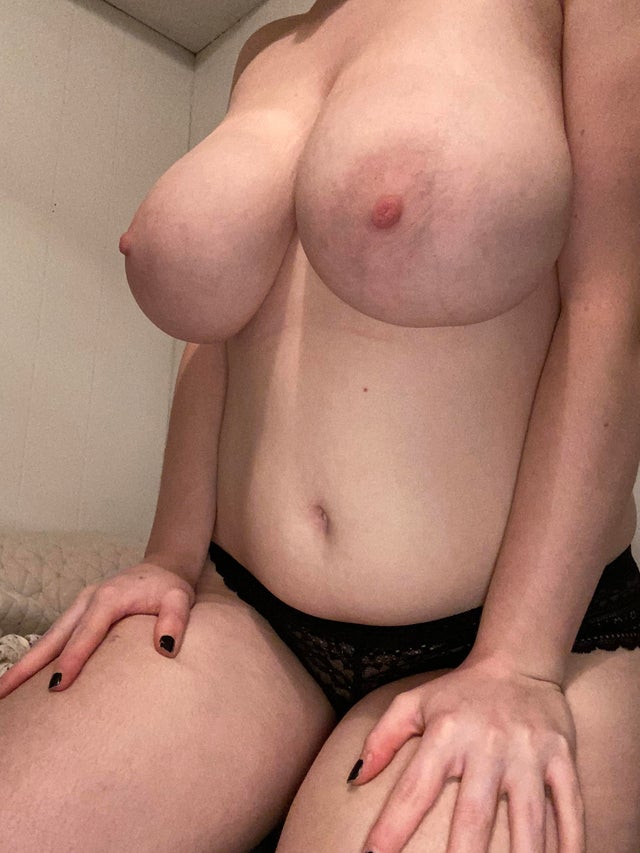 Quinacridonegrl is a busty amateur who went viral on Reddit. This small girl with huge naturals is what we, big boobs lovers, have been missing for a lot of time. Quinacridonegrl is slim and busty. Petite package with huge surprises. She is a very sweet girl who loves art and showing off her unreal breast. Great things come in small packages. She is only 4’8 and 98 pounds.

Boobsrealm had the chance to do an interview with our busty newcomer. Get to know more about her and support her joining her Onlyfans, which will encourage her to create more content.

I started creating content in the beginning of summer 2020, I took a short break due to some personal stuff in my life.

2. What is your bra size? When did they start to grow? How was it back then?

My bra size is a bit difficult, I have to shop online for special sizes. The band usually being between 28 and 32 depending on the brand. Cups range between FF and G again depending on brand and band size. I started developing fairly early. I remember a girl in the 4th grade telling me I should wear a bra, but growing up with strict grandparents I didn’t start wearing one until 6th or 7th grade! They developed pretty fast, when I first started wearing them I remember my grandmother reaching for an A cup and it didn’t fit, my first bra was I think a C cup.

3. Do you use your breast to get some advantage in your offline life?

It’s difficult to say if I use my size for advantages, I know that’s the sexy thing to say however a lot of the attention were unwanted. Everyone in a while I would wear a low cut shirt in highschool for some boys attention. Unfortunately I really struggled with identity issues in my younger life, dressed very boyish and kept my womanly features very hidden. I think that was due to my strict family…

4. You started in reddit and became a sensation. What were the most common comments from fans?

Most of the comments I would see on Reddit were talk about my breasts and being so petite in size, a lot of people like my nipples too haha.

I’m not sure about knowing of big chested woman, I do know when I was younger I was in love with Jessica rabbit, if you don’t know that is you should look her up! Probably the first time I realized I liked girls as well as guys.
6. Would you ever consider showing your face or having a career in professional topless modeling?

If I got big enough and could live off being a topless model I would probably consider it, especially if it became professional. However I would like to continue the artistic path I’m taking right now, wouldn’t want the two to get mixed up.

7. Do you have/ will you have hardcore b/g content?

Hopefully I will at some point have hardcore boy on girl content, however right now it’s just me!

8. Ever been with 2 or more guys at the same time? Can you describe?

I haven’t been with more than one person at once, I would love to bring a girl into the mix! But two guys at once sounds hot, I’m really into being submissive and having someone dominate over me I couldn’t imagine it being two people at once!

10. What are your short-term and long-term plans in the adult world?

11. Who in your inner circle know about your reddit and onlyfans?

Not many people know about my onlyfans and adult content, my significant other knows and that’s about it… One of my really good friends from when I was younger mentioned it to me once and I went oh haha wouldn’t that be funny! I just feel like it’s not something I’d like people to know, it’s like a dirty secret.

I’ve been told I have a type but I’ve never noticed before, I like alternative stuff like tattoos and piercings just general punk/rock type looks. I’m a pretty short girl so everyone’s usually taller then me so height hasn’t mattered much. I think stronger guys are hot, makes me think about how they could take control of me and I couldn’t fight back. However I don’t have any issues with dad bods, I think I’m truly attracted to someone’s personality and how they treat me. I do have a guy currently and he’s amazing, coming out of a really bad relationship from last summer it was hard for me to get close to someone again. They fully support me and want I’m doing and it’s really great! As long as he gets first peak haha.

13. Are you shy or outgoing in real life?

I’m really outgoing in real life, I’m talkative and I’d like to say I’m funny. Gosh talking about my self is hard, I’ve been told I’m a social butterfly and I’d have a conversation with anyone. I also have been getting more confident over the last few years which helps a ton!

14. How would you describe yourself in one line?

I would describe myself in one line as “that spunky short girl who makes weird art”.

15. What’s your sexual fantasy you would like to fulfill?

I would really like to I’ve out my public fantasy, whether that’s like wearing a vibe in public or fucking in a fitting room who knows.

16. Any message for the fans reading the interview?

A message to fans? I guess I would say thank you for supporting me especially the ones that started in the beginning and stayed or came back it means a ton to me!

17. Oh one more…Whats the craziest thing you have done in sex?

Craziest thing I’ve done during sex? I always see my sex life as so vanilla haha probably would be fucking in a car and a cop pulling up having to quickly put clothes on and act cool! It was scary but also really hot like the fear part haha!

Damn, another favorite for me