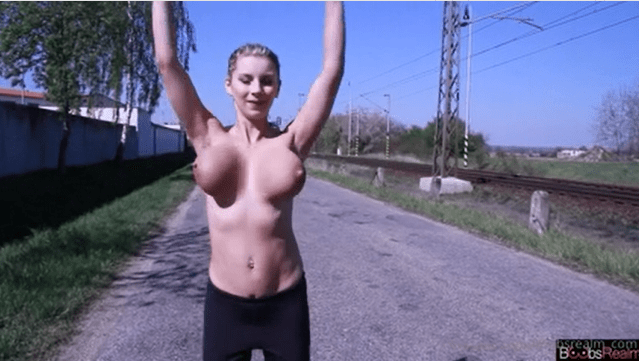 Lovely busty Katerina Hartlova running naked and bouncing her tits in Czech Republic. I will give you more information on the shoot. You will be able to watch the whole unedited video. Enjoy Katerina Hartlova’s tits and her personality.

A bit of background. This was my first shoot. I really did not know there was going to be an onlyfans. I only thought that as I had been in touch with Katerina for 10 years by then it would be a good chance to meet up with her and get some videos and then try to get my money back. Little I knew the experience was going to be so enjoyable that it would made me think of actually doing it with other models. In fact, if Katerina would have not been as nice, friendly and sweet as she was maybe I would have not considered shooting again. I have worked with excellent models. All of them very great people. However, there are some with whom you get to have more chemistry. Katerina is one of them.

This was the second video we did. As the hotel room was very dark -check previous released videos- Katerina thought that after the interview -which is the first ever released video- we should do outdoors but far from the houses. We went close by the train rails. The concept of the video was that Katerina was going to jog and do some exercise topless. I was nervous as I did not know what to expect if someone caught us or call the cops. However, it was something fun to try. The video is almost unedited version where you can see genuine reactions and her amazing and fun personality.  Obviously her big tits full of milk bouncing several times. 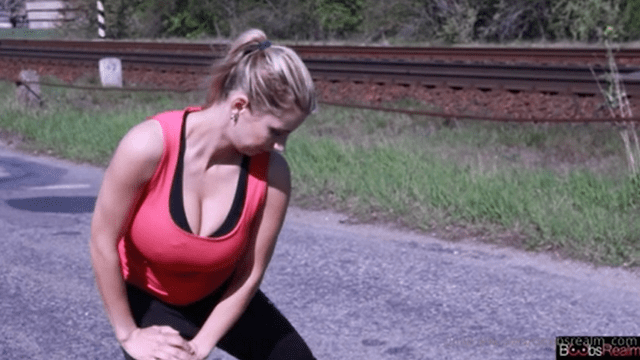