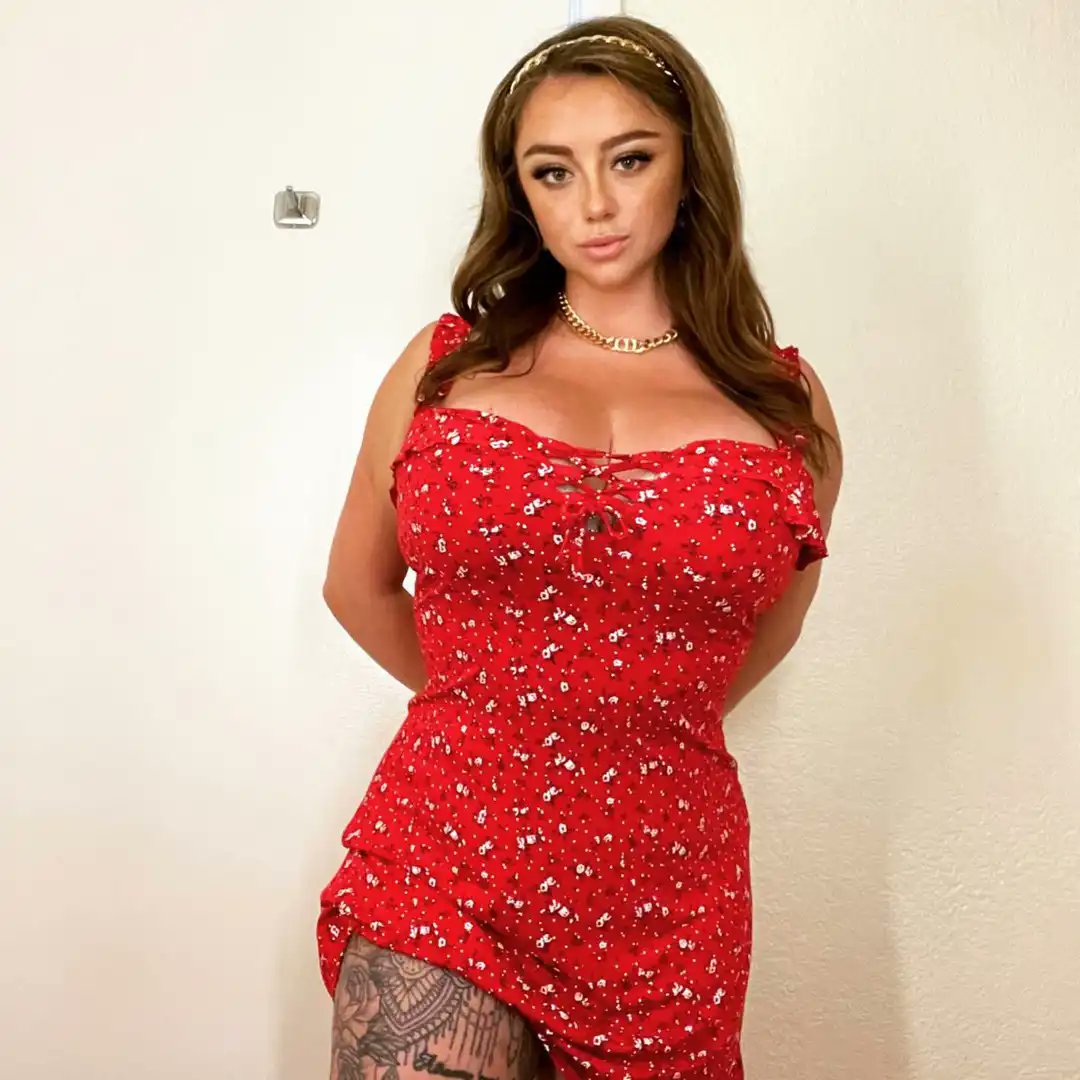 Huge News! Pun intended. Legendary Lolosavo announces on Reddit she is returning to her roots and post again on Onlyfans. This is HUGE!! The main photo is a recent photo after the breast reduction.

Lolosavo retired in January 2021 after less than 6 months on onlyfans. Rumors were that she collected over 400k in that period of time. She retired as she wanted to become a paralegal. Lolosavo became not only a viral sensation, but also, rightfully so, reached heights of girl such as Lucie Wilde, Milena Velba, Jana Defi, Hitomi Tanaka and others in a matter of months. Miss BoobsRealm 2022 was won by Touki, but Lolosavo almost got to the finals despite being active only one month in that year.

I know what many of you will say: “She chopped the tits, she has no value” However, while I understand this is a turn off for many, and her tits were something we have never seen before in a body like that with a face that pretty, those M cup naturals are now F/G cups, which is still very respectable. 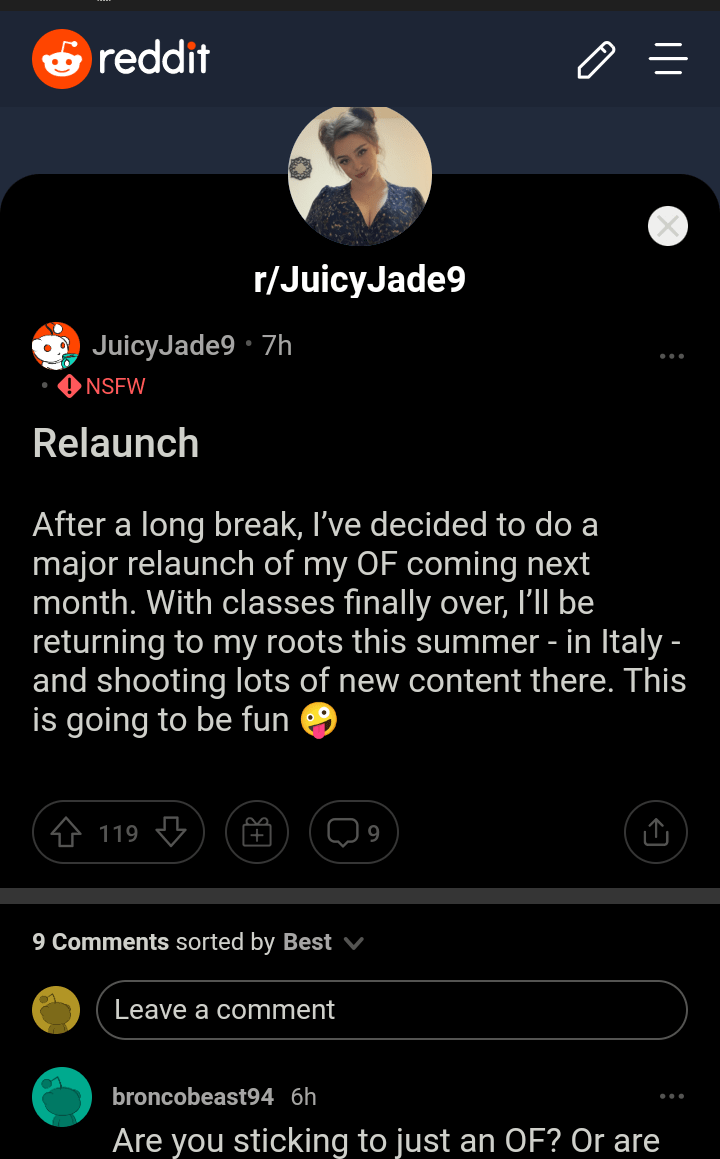 Maybe the current economic situation made Lolosavo realize that OF is a shortcut to achieve financial success – at least in her case-. JuicyJade9 made money for over a year despite not posting anything new. She will have simps who will pay regardless; however, let’s be honest, even after a reduction Lolosavo AKA JuicyJade9 is a top babe in 2022.

How do you think fans will react when Lolosavo returns? Will she still be on top of the game or would she just leave her place to girls such as Scars Wonderland, Beckks, Anneris or TheePrincessNat.

Wish I could have her on the BoobsRealm Onlyfans

Lindsay Dawn Mackenzie had a chop then got them refilled with silicone I believe. It just shows the poor short term life strategy many women have, like ruining their skin with tattoos very young. Go with what you were born with and let the world accept you for who you are.

I totally agree! she chopped her tits .. Now she is back to gain some money.. Is it possible some looser will join her onlyfan? Yes it is but to me she is ni interest now . i dont care but i wanted to comment just because it was fun to see how some woman have no brain

She was / is amazing, with some of the best pair of breasts I’ve ever seen and so pretty. I really hope the surgeon did a great job and they still have some sag and not too visible scarring.

Sadly, they look like they’ve been lifted. Her naturals were amazing, it’s unfortunate

She should’ve had hindsight to not get the chop. She’s still would’ve been making millions. But due to my principles (I’ll never give money to a girl who has an onlyfans to get a reduction) I’m not excited and won’t be viewing her.

Her tits were awe inspiring. What a shame.

She created a great hack, made a lot of money in a short period then left. She had said no one would take her seriously as a lawyer with such big breasts. Now she is back with a reduction and wants to repeat her initial success. However, I doubt that she will get it back to how she wants it!

Maybe this is comparable to Matt Hardy’s return to WWE?

It could be CM PUNk return to wrestling.
The biggest legend of recent times just in underwhelming feuds.. we need an MJF

She is no interest now. Like merylin after tit chop….at least merylin did for health issue lolosavo for stupidity instead

This girl needs some psychological help. It’s an understatement calling her an idiot.

It’s a shame she was so shortsighted. I guess you could say she couldn’t see past her tits. Being a lawyer is not at all what it’s cracked up to be. Aside from the crappy lifestyle, If you don’t graduate from a top law school and/or near the top of the class, you won’t be sniffing 100k/yr for several years after you pass the bar (if ever). If she was actually making around 400k in six months showing her tits, she could have made enough to retire quite comfortably in two years with the right financial approach. Sad. I hope… Read more »

Now she is not attractive at all

lauren savaresse could be greatest of our generation. her size was nearly abbi secraa level, but in a younger and prettier face. she seemed to enjoy all the attention from OF, but absolutely nothing could change her mind at the time. she was obstinate to chop off her tits. we all implored for her to hold the surgery for a couple years, just imagine holding it for 2 years and multiply the US$ 160.000 she earned in three months by 8 (I’m being super modest here as I’m supposing she would be earning the same without audience growth ) Even… Read more »

She confirmed no b/g though, so who cares.

Alao if she would have confirmed boy girl… Who cares? Nothing change now

she confirmed no b/g, so who cares.