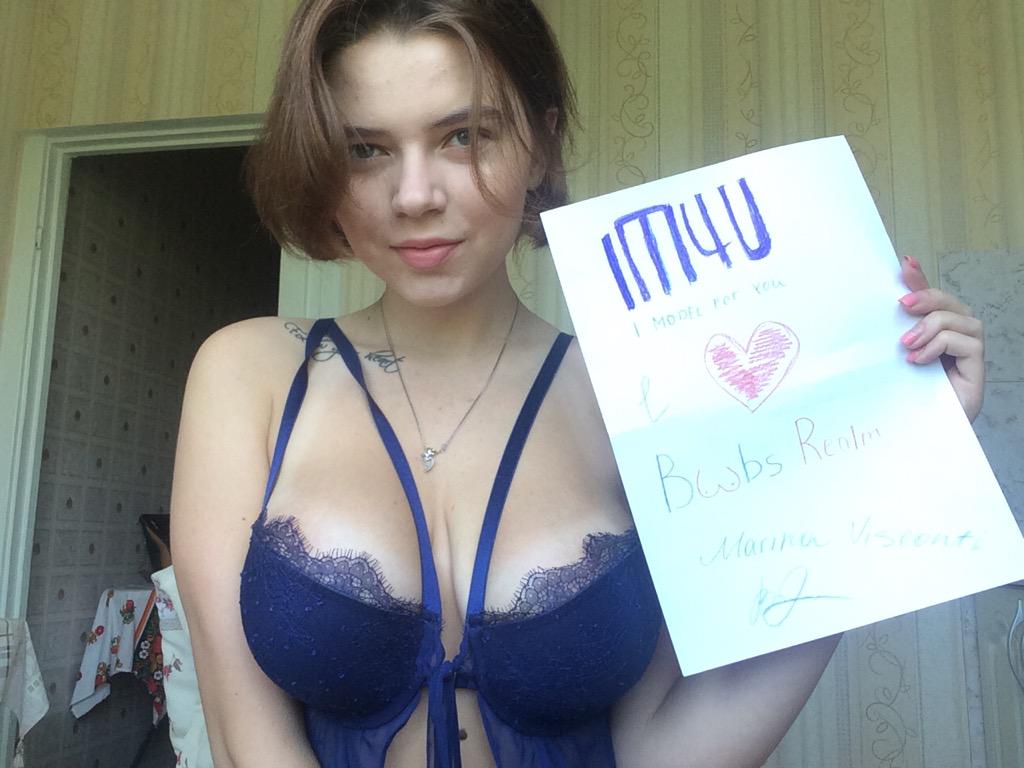 I keep this never seen before photo close to my heart. Marina Visconti was to join Imodel4you.com when I was part of the project. I know you all love the busty Bulgarian Gabriela Baeva. She used to sell private photos on instagram and facebook, but Gabriela seems to have deleted her accounts after some guys posted videos online. It was rumor that she had an issue with a model agency in her home country. I pitched the idea of modeling for a big boobs site to Gabriela Baeva. She was interested, but all of the sudden stopped replying my e-mails.  Enjoy this hot Gabriela Baeva video. She has perfect tits that would make her a star f the year if she would go pro.

Sensual Jane has not been featured on the blog very often, but that does not mean she is not awesome. Sensual Jane is one of the hottest busty stars and the most perfect tits on a girl over 30 years old. Check out Sensual Jane official site and enjoy her many sets and videos. Sensual Jane has solo, candid, lesbian and hardcore videos and galleries for you. Speaking of retirement, the stunning busty 18 years old Jaynie Rae, who I consdiered the busty newcomer of the year, who had potential to be the next Amanda Love, seems to have retired. It seems that after 4 days of success on webcam, her fame went huge -not as huge as her tits- and she decided that it was too risky to show more of her body online. It was fun while it lasted, but she was another girl o those who does not understand that what you do on the internet, stays on the internet -kind of Lauraa18– who made sure all her videos and photos were removed. Below one of the latest videos of this cute big boobs teen Jaynie Rae. I hope to see her back!!!

NOTE: VIDEO REMOVED AS PER REQUEST OF THE MODEL

What the hell. So now we’ve lost Lucie Wilde, Amanda Love, Beth Lilly (NOOOO!) and now Jaynie Rae… This is not good. We need to protect Melissa Debling and Lucy Pinder!

Really dissapointed to hear about jaynie, she needs some good management

a wonderful woman like marina gets treated like garbage by the scumbag males within the industry. it’s sad and no wonder they get the hell out of there. the moron males think another woman will come along, but they certainly won’t be as great as marina.

Guys, there semi retired. That means. They might to things on cam or (escorting). Because, many of them have said: You can set your own hours. Get paid more money and you don’t have to worry about some dude you don’t like or some a-hole director telling you how to fuck.