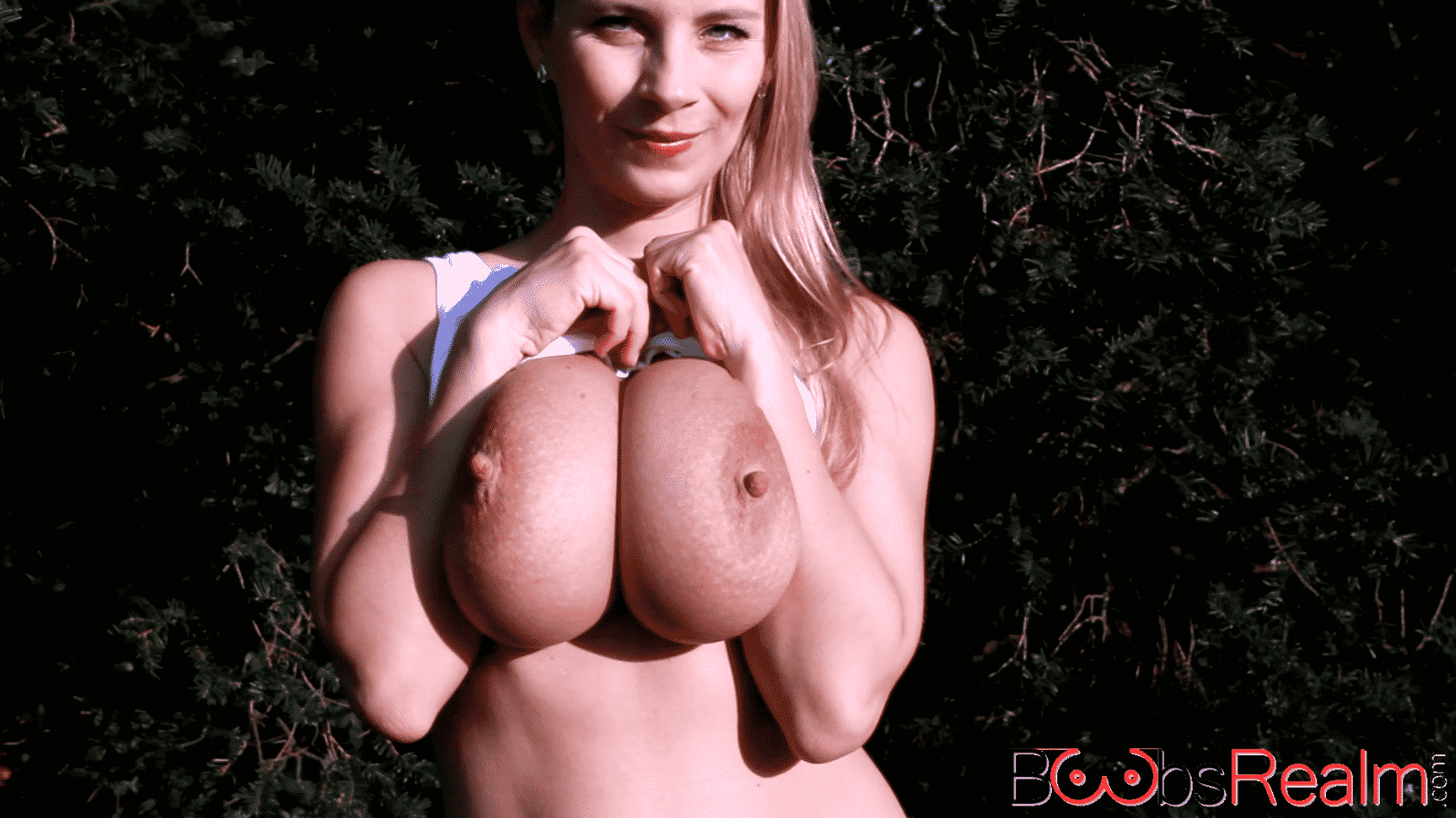 The first video ever is up! My interview with Katerina Hartlova is up on the Boobs Realm Onlyfans. The video was shot last April, but released now that the BoobsRealm Onlyfans has enough content for weekly updates. The Katerina Hartlova inteview is over 26 minutes long. And this is the first video of many that you will get just in one month for $15.13.

At that time Katerina was about to start shooting for her website Katerina Hartlova Official. On the video I was nervous because the original plan was to shoot the interview indoors, but the hotel was so dark and light was not helping that she had the idea to go to the park on the back of the street. We wondered trying to hide from the people. There were some interruptions and some passers-by saw her tits. I was more nervous than she was. She was more used to that obviously. I still had to keep my eyes on people approaching.

Katerina took off her clothes and tried on the Boobs Realm tank top. Her huge tits were full of milk. Some milk wen out of her nipple. At the end of the video she milks her tit on my hand so people could see the milk drops flying. She has also been asked in the past about big black cocks.

The interview is the most sincere and most real video you could see of Katerina. Working with her is a pleasure.

While this first video was not technically the best, this sets the tone of what the Boobs Realm Onlyfans will have. The girls with no gimmicks but still being sexy. No faking, no characters. No gimmicks.

There are more videos of Katerina doing different stuff, even playing a game. Another video will be released on Sunday. Monday comes with Nina Nightbloom first ever topless. And surprises soon.

Join me in the journey. >big black cocks
So, is she gonna do it or what?

I hope she’ll tastes a BBC.