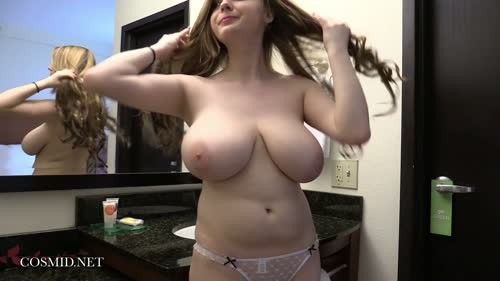 Everybody’s dream will come true as you will see Viola’s getting fucked the Woodman style. Many people have been asking about my beloved Katerina Hartlova. Don’t worry, she will be back. I spoke with her last week and she told me she is shooting next week for Milena Velba’s site. So expect the former most beautiful preggo pose again in her perfect shape. OH.. her tits are still bigger so we will have more fun with her funbags!

Oh and last but not least, one of the best discoveries of the year Amanda Love is back on Cosmid.net. The huge-tittied teen poses in front of a mirror. This time we have 4 udders!!! I wonder how Cosmid does to get this big boobs girls! I think I will start cosmid Canada… no kidding!! 0
Reply
ravenazrael
Reply to  Get Money

She is one of the best total-package girls. However, she is a Woodman girl and seems to be the one influencing her. At least that is the perception. Time will tell.

Woodmans approach to this over-rated piece of videography is utterly appalling and greedy. Every piece of video he has produced is available on one pirate site or another and has been for years. Such is the life of internet perverts. Aside from the fact that he has no manners towards his members (foul language and defeatist attitude for a guy who is both loaded and over-sexed by means of exploiting needy girls; what a hero), Viola has moved on and so far no such evidence of more hardcore. To shoot a girl in a hotel room does not require recuperation… Read more »

I wonder how much money Viola is making from this enterprise? Catch my drift???? Poor Pierre. Saddled by such excruciating production costs. My money says…last great scoop for a fading pornographer.

I don’t think she is making money from that donation box. Content owner is Woodman. Performers forfeit their rights to the production company

I understand Woodman. I may kibd of agree with the idea; however, I would have given a reward to the ones donating and would have not established a goal so high. That is detrimental to his long-term position. his fans, who may feel robbed, will not trust him anymore

do you know of any profiles for Amanda Love on modelmayhem or other modeling sites?

Get ready to see an exclusive interview with Amanda in less than 2 weeks. 😉

Love Katerina but honestly, Nadine’s site is the kiss of death. The models look awesome, but the action is just too tame and very predictable.

Hmm we will see more of her at DDF soon