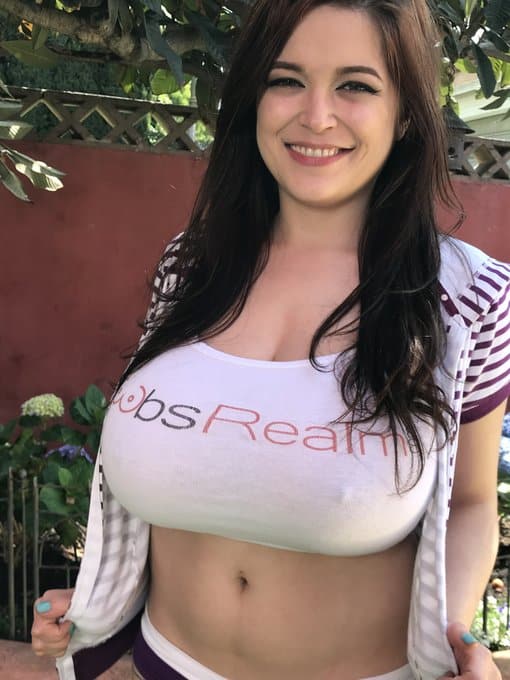 Story time folks. I was cleaning the trash and I saw the comments of this trol that always came here because he is jealous and cannot accept I do what he can’t. I deleted them, but saw a comment saying Hi knew why Tessa never shot for me and blah blah. Not that this person matters, but I always wanted to share with you guys the story. So here we go.

First, I will not give any detail information. All conversations between me and models or producers are private; however, I am revealing the general information that I think is a good story.

One thing you, the fans have to learn, which I learned once I started getting in touch with models and producers and even more when I started shooting content and meeting the girls is: Fans know nothing. It is like wrestling; fans do not know what really happens behind the scenes. If they do not have any direct contact or BoobsRealm who can say the things that are green-lighted to be said, you are just guessing.

Funny that Mikell always left comments saying the blog sucks, but came almost every single day and used other IPs even replying to himself to make it look for the fans that it was different people, however, I did check the IP of all comments.

“My jealous Fan ” left this comment: ” Dude, kiss my ass. You are a low-life piece of shit. I know for a fact you tried to get Tessa to agree to things that you knew from previous shoots she wasn’t down with. NO TOUCHING OF ANY KIND! I know your blog sucks and you’re desperate. it’s one thing to get a fat lana kendrick or a droopy kangaroo looking sha rizel to let you touch them. But tessa? Lol. You can block me if you want. I’ve got so many email addresses and ips. I can get on here anytime i want to call your sorry ass out.”

Tessa wearing BoobsRealm top as a gift from her win in 2017. Shot by PUF 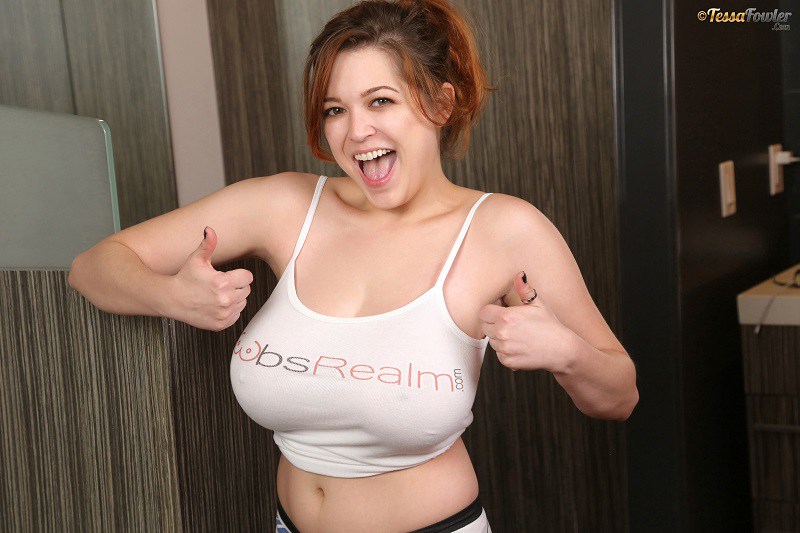 You remember the ass-clown comedian that told the world about Tessa being drug and her issues with substances last year? Well, I have known about that and a similar story of her for years.

I was in touch with Tessa a few year ago. She had been under contract with PUF for years. Even though Tessa and I exchanged some e-mails, I had to go through the proper channels with regards to shooting Lana Kendrick and Tessa Fowler.

I tried to reach out to Tessa through PUF. However, she was away dealing with personal issues. I then reached out to a common acquaintance, who you have no idea is in the boobs business but you might have seen him in youtube… Yes folks, believe me, you have no idea who knows who in this business, but porn/politics/showbiz/rassling/rap/rock/ “pure and saint influencers” all know each other or know someone that knows someone. “Oops I am breaking the 4th wall”. And no I am not talking about CM PUNK and Tessa… but maybe as New Radicals used to say “someday we’ll know…”.

Anyways, back to the story. Tessa got word about me wanting to contact her and she gets back to the owner of PUF, who I met back in 2015 in Vegas and who I introduced to Angela White before having breakfast.  Ok, again to the story. PUF confirmed I was legit as he knew me and we have been in touch for years, plus I already had shot Lana Kendrick.

This was winter 2019 if not mistaken. I talked to PUF and they offered a crew including camera men, MUA, etc so BoobsRealm would share the shoot with Pinupfiles and there would be behind the scenes videos and photos.. Shoot would be in Hollywood and I was traveling there to shoot Tessa and potentially Annabel Redd and Winter Pierzina. As I have an office job I had to get vacations cleared. In february I had my first shoot with Katya P. and Hanna Orio.

I did ask PUF about the chances of asking Tessa about the manhandling, explaining the previous videos BoobsRealm had. PUF said they doubted she was going to accept, but still told me it is something I would have to ask her in the shoot. PUF offered Monica Mendez as the hands; however, I wanted to do videos different than those on PUF.

End of February comes and Lana Kendrick announces her pregnancy. Covid was starting to worry some countries and it looked like things were gonna get a bit complicated. PUF informed me that they preferred to shoot Lana Kendrick in March as they needed to have content before the belly grows more and Tessa’s shoot was going to be postponed for the foreseeable future. In late march 2019 Lana Kendrick shot for PUF and most countries closed their borders. The rest is history. 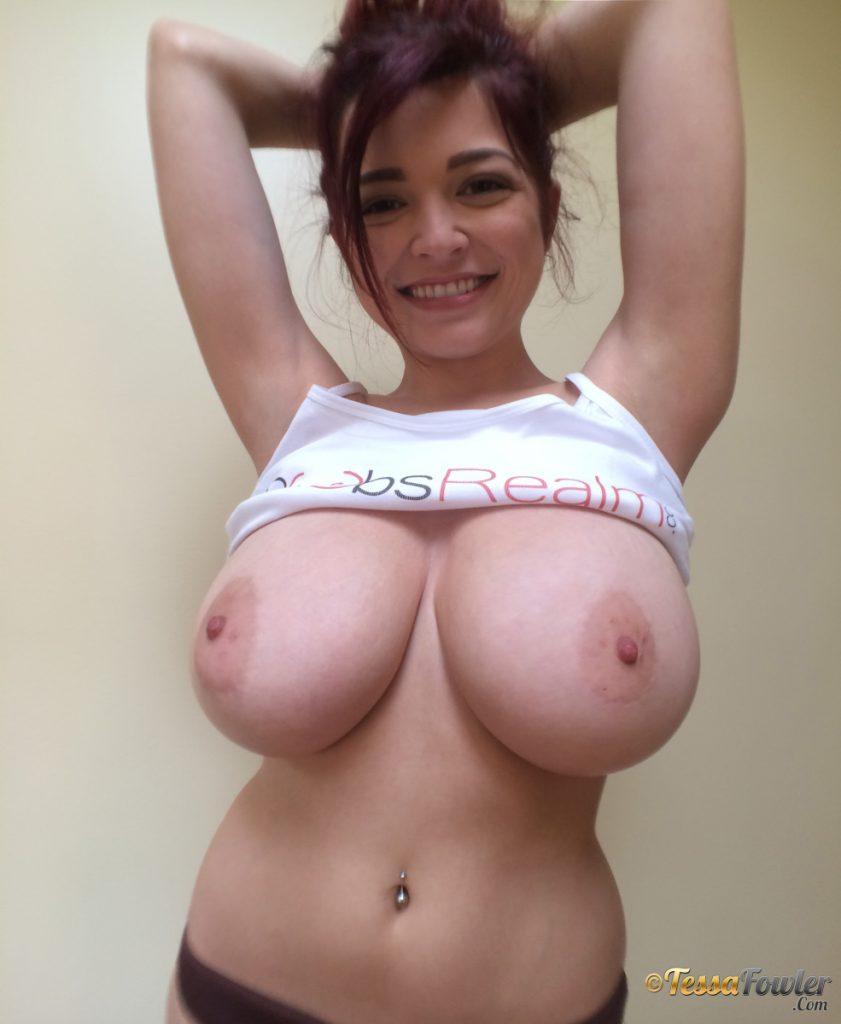 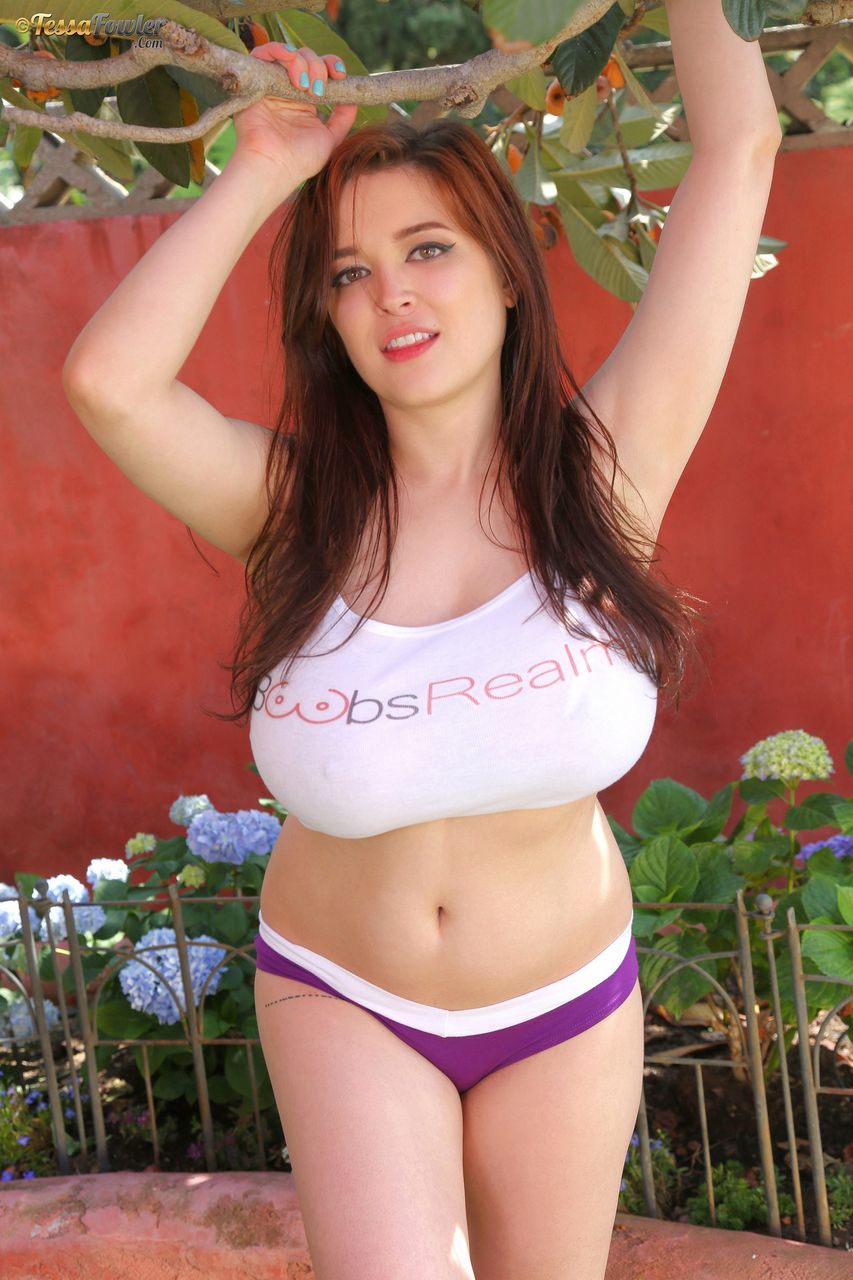