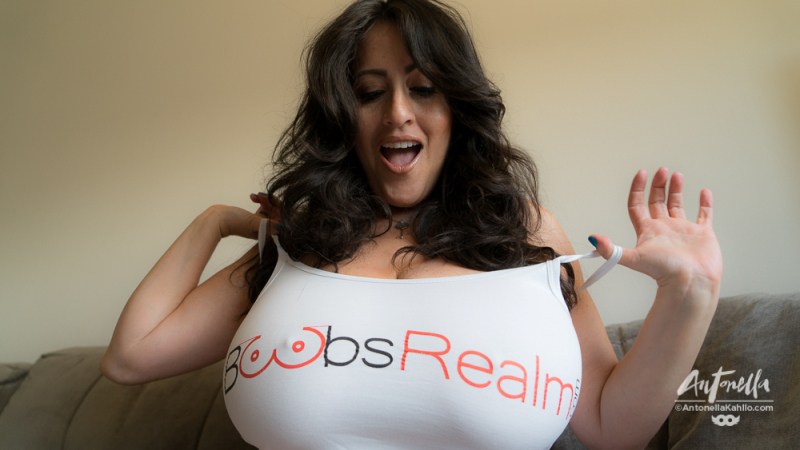 Episode 10 of the Boobs Realm Experience is up. This one was supposed to be in the Onlyfans exclusively, but I think it is important that all the fans are aware of the risks of paying for Meets ad Greets. We saw scams happening in the onlyfans of Sensual Jane.

As mentioned in the podcast. Onlyfans verifies your account. So either she is scamming people or is someone who has her information. Those who were scammed should talk to onlyfans to investigate if the person there is the actual Sensual Jane.

I also mention Meets ad Greets offered by Antonella Kahllo on her Patreon. The meets and greets mean 500 bucks per 4 months or 1000 for two for a dinner with NO SEX.

I give you the reasons why, generally speaking, you should beware of Meets and Greets and why it is not credible that models who do not openly announce they are escorting offer meets and greets. To know more listen to the episode.

I also mention a situation a fan had with the official Antonella Kahllo account. He was asked for his number and then money off line and then got scammed. I saw the direct messages and the account was the real account. It could have happened that her account was hacked or used by somebody else. When I asked Antonella if her account was recently hacked she asked why. I did not mention the issue but told her many girls got her account hacked. No more answer  from there.

NOTE: Antonella has mentioned that she has not scammed anybody and has had no problems with the meets and greets. she demanded the post to be taken down; however, it is better to put her comments so people are aware she wants to say that it was not her.

Apologies to Antonella and anybody who misinterpreted the article and thought Antonella was scamming people.

On a side note, Antonella has informed us that her previous meets and greets have gone well. So somebody could have used her account to scam the fan. It could happen to many of you from other accounts.  I also warn you of the risks of downloading apps.

Meets and Greets sound like a dream come true, but unless girls have real background check it might be putting one of the two parties at a vulnerable position. Listen more details on the Podcast.

I don’t think Onlyfans verifies the accounts, and it’s a problem they should solve ASAP. the platform is already being associated with scammers. There’s NO report button to accounts/scams, they are lenient with this.

I think you are too often unnecessarily vague or secretive. When Antonella asked you why you asked if her account was hacked, you should have just told her. Whatever your reasons, at some point, all these efforts to dance around the truth just become strange and needlessly cryptic.

Not to mention blind clickbait items about girls without telling us their names.

I gave you the main name. Th other I dont recall really, nobody remembers them probably, but the truth is that they got a house and a car.

I want to ley you know a good way to know if your favourite big boob instagram model is doing private escorts if they have a lot of posts from Dubai or elsewhere in the gulf states yet they dont seem to have any other job than to be on instagram then they are hooking for top dollar for arabs and not just normal sex neither they will do almost anything this is not a new thing, many British models & celebrities were caught doing this in the pre-internet era by the tabloid newspapers there there is also a few… Read more »