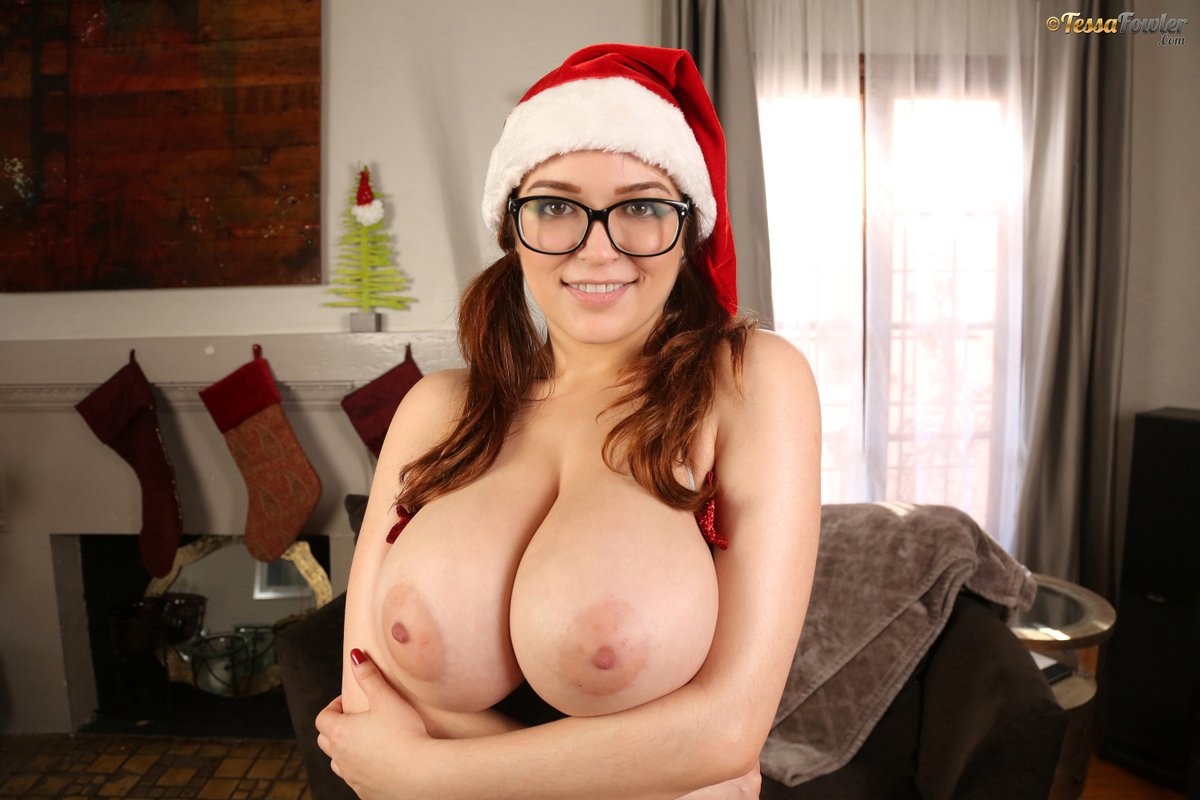 Tessa Fowler did it again. Tessa  won Miss Boobs Realm 2018 and reclaimed her crown. Miss Fowler becomes the second model to win the competition twice (2016 and 2018). Antonella Kahllo won in 2013 and 2014. Congrats to Tessa Fowler. With regards to the Committee voting, it was a bit all over the place:

Anon: Angela White as she continued with pushing her bounderies and producing great content.

NF: Tessa was the the more consistent performer.

BoobsRealm.com: As things were already set, I voted a draw between Stacy and  Tessa. Tessa still looks amazing, while Stacy is the also the top new star.However, Stacy did not show that much new content.

This proofs that fan voting has prevailed. Congrats to Tessa and all the models.

Join Tessa Fowler and Celebrate With her Videos and Photos

Tessa Fowler is here with a special holiday message! All you want for Christmas are her two front… ?? 😉

And check out a HUGE holiday discount code at her website, with coupon code “DAY8TF” But It only lasts 24 hours, so move fast! https://t.co/wyj3N8xpue pic.twitter.com/7xIt1qfgMj

Fan voting was as follows:

Yes congrats to her. I love her. Her breasts nearly defy gravity, considering her size, in breasts and height.

Let’s just hope she’s ok living with depression. I think most men forget these girls are human beings not objects designed solely to satisfy us.

Brilliant absolutely Brilliant!
What a year Tessa has had, from her amazing Glorious titled videos, such as Glorious Bath which got a very favorable response from her fans on her website, to admitting she has been struggling with depression for years, to now winning Miss Boobs Realm 2018.
Congratulations Tessa you deserved to win the Miss Boobs Realm title again.

2 time, 2 tyme, twooo timmme! MISS BOOBS REALM Champioon! congrats Tessa Fowler you are the Greatest Pinup Model of all time! I think a special edition 2 time champion shirt or a special belt should be made for such occasion, what do you guys think?

The 2-time champion! Give her the belt!

Yeah I might need to see what kind of tank top she could get. Do not forget that Antonella is also a two-time winner.

great idea boobgeek
she needs a belt, a crown and a bouquet, like a miss universe

Spot on boobgeek, special edition 2 time champion shirt with belt, anything less than that for Tessa
is not good enough – LOL.
And while were at it, It’s clear that we the Tessa army of fans rallied together this year for her, and therefore I think Boobsrealm and Pinup Files should get together and make a special fun video and photo shoot for Tessa and her fans.
2-time champion you go girl.

LOL I just thought of the name or title for Tessa’s next Glorious video.
” GLORIOUS CHAMPION”

yes! I second that! with a sexy sash and shiny boa around her neck.

I voted for mrs. Samanta, but I’m not bothered with Tessa winning at all, she deserves it.

A worthy winner and basing it on the fan vote, it wasn’t even close, hail the almighty Tessa

One of the best racks of all time!! Smokin hot.

Damn. Unexpected, but well deserved. She is always one of the best.

Is there a way to obtain one of her bras?

I can ask.. I think we can make that happen