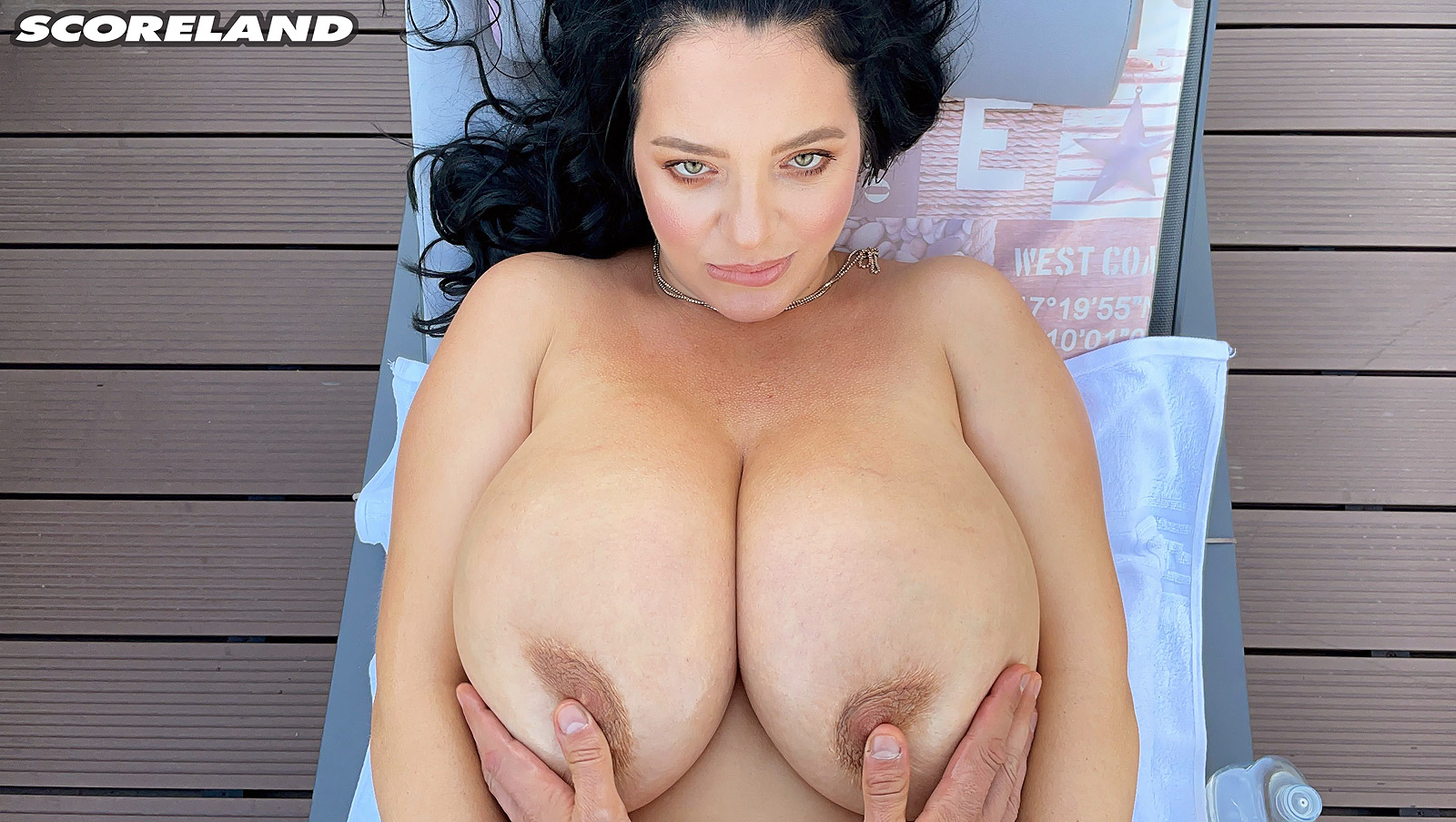 Scoreland announced on April 1st that a big name was making her hardcore debut. They made parallels with Angela White And LDM. The news made fans  play the guessing game. They started throwing in names such as Cheryl Blossom, Sha Rizel, Demmy Blaze, Luna Amor, Micky Bells and even names that never did Scoreland before such as Abbi Seccra and Nadine Jansen. I cannot blame them, Scoreland made it look like it was a legendary model at the same level of Angela and Lindsey. This means Goddess-tier girl.

All indications let to the girl being Joanna Bliss. Obviously Joanna is a legend. She started in 2007 and took a break for a few years, recently coming back. As of March 2021 her only interaction with a man was with Cel on XX-Cel. 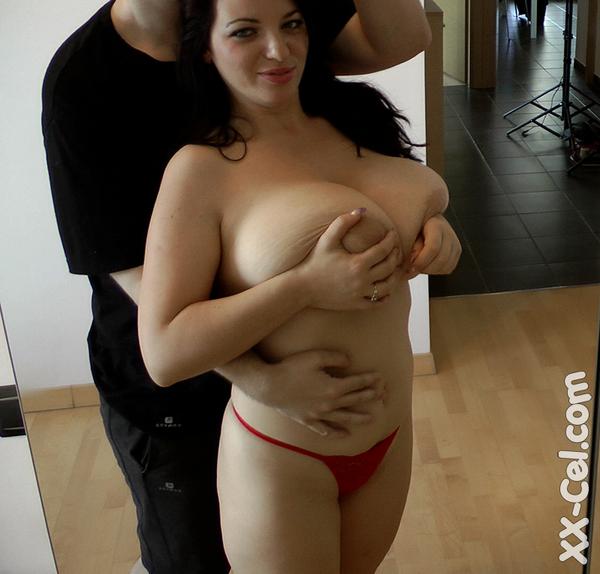 The news could be the worse kept secret in big boobs world. Boobsrealm was the first to guess it was Joanna Bliss when someone asked in the comment section. My guess was because Scoreland needs a b/g debut. They brough Kittycute to the XXX site and now the buzz is gone, they needed someone else. Demmy stated on the latest interview for Boobsralm that b/g was not for her. Sha Rizel and others denied being the aforementioned mystery girl. Joanna Bliss was the only one who dodged the question. Joanna has done a boob grabbing video with her husband. Joanna is also a producer now, who shoots other Romanian girls for their onlyfans and for Scoreland and independent producers. All roads lead to the Joanna Bliss.

This is comparable to Cody Rhoades debuting at Wrestlemania as Seth Rollins’ secret opponent. Eervybody knew it and was ready to pop when he showed up. Shane McMahon or any other was gonna be a let down.  Scoreland got themselves in a position where they can deliver their Cody Rhodes, or they can steal a page from Tony Kahn’s AEW and overhype a big signing just to debut Keith Lee, or Toni Storm or even Jeff Hardy and then have fans disappointment. We hope Score brings in Joanna Bliss, as she is the only big enough name to move the needle. The star sisters or a busty girl from an obscure corner of Romania is not a big enough name for the hype. Yes, for some fans this could be like WWE bringing Sting 20 years too late; however, Joanna Bliss at 42 is still a great-looking lady and has aged well.

The expected release date is Easter – or they could start teasing it on Easter-. Unfortunately for Scoreland some fans have already complained that they expected Cheryl, Sha or Luna Amor based on the comparison with Angela and Lindsey. That is what happens when you book yourself into a corner.

Is there a chance it is not Joanna Bliss? Maybe, but the big names are dismissed. Any other girl is going to be a major disappointment.

If it is a bigger name: Luna Amor, Alexsis Faye, Sha Rizel, Demmy Blaze, Micky Bells, Samanta Lily, Valory Irene, Leanne Crow I would give away 100 free subscriptions to the BoobsRealm Onlyfans.

If it is Joanna Bliss I will make a 50% off for the next 30 days after Scoreland released the hardcore debut.7

(scoreland link – still to be 100% confirmed by Scoreland)

Demmy Blaze would blow my mind. So excited

I want to ask if do any of these women have any used panties for the viewer???

They are promoting her hard on scoreland now. Must be her.

The only goddess tier truly on the LDM or Angela white level would be someone like Beth Lily or Lindsey Pelas deciding to go hardcore. But yeah Joanna would obviously be a huge get.

that is like expecting next wrestlemania is main evented by Benoit and Eddie Guerrero.
Beth Lily will never do hardcore. I am sure we will never even see a leaked video.

Looks like the girls need the money, which could be a sign of more to come. Will Scoreland touch the now economically impoverished Russian models??

Russians cannot travel or shoot content. I am almost sure Molly Evans is next once the war ends. Cheryl, I doubt it.
Plus notice how BoobsRealm is the only place the Onlyfans girls are showing up… do not count me out.. I have plans in Russia that would make 50% of the big boobs lovers happy…

I wouldn‘t be surprised to see Vivian Blush or Xenia Wood back in biz making HC debut. Crisis in Russia and Ukraine is very big and they need money.

Joanna shooting HC scene, that‘s really something. I hope we‘ll some IR, 3some and DP in the future.

So, they compared Joana Bliss HC to LDM HC in the pinnacle of her career?
Score editors are trying hard.

If you look at xxcel pic . her hc debut at that time could have been compared to ldm for sure. But the time has passed she is 42and in a very good state. But she cant be compared actually to models like luna amor. Sha samantha lilly. Actual erin star is in a worse state than johanna. So i really hope its what we all think it is . scoreland compared molly evans to meryin sakova. Molly is a great model but merylin is on another level. But they hiped her. So i think actual johanna is hiped same… Read more »

And it is her – Joanna Bliss…

Didn’t Valory Irene do a titfuck video (although not very enthusiastic)? Or does that count as hardcore?

I would say it’s hardcore.ish…