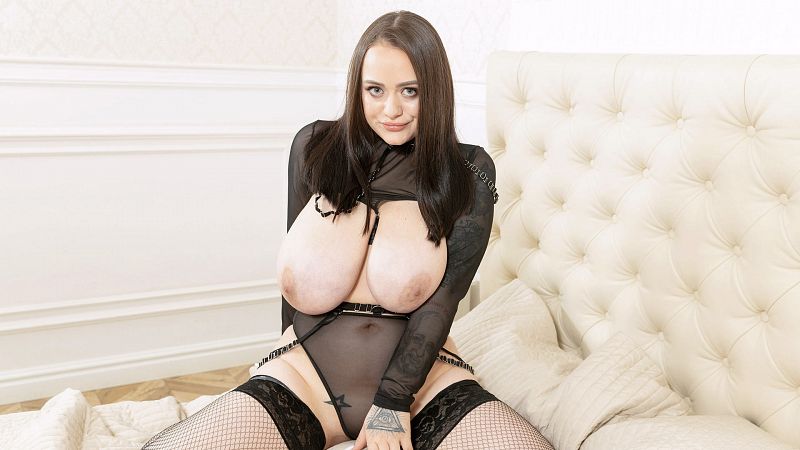 Today ntroduce you to Kira Clark who has debuted on Scoreland and ask you about whether or not she should be a late addition to MBR2022.

Kira Clark was suggested for MBR2022. However, I was not sure how popular she was in 2022. I even chatted with her and saw her content. She is great. I just thought 2023 would be her year. Had she debuted for Scoreland earlier she would have been in the contest. However, I am willing to make a “one-time only exception” if you allow me to do this. I will ask you if you would allow Kira to bypass the Group Stage and go to the semifinals in 2022 or just allow her to be only in 2023.

Kira Clark is a busty Russian with a pretty face. She is part of the Russian crop of girls that revitalizes not only Scoreland, but the big boobs world. Soon we might get Natalya Poliakova on Scoreland too. Katie Rose, Kira Clark, Natalya, Cheryl and a couple of other girls are part of the Sain-Pete’s gang. BoobsRealm ahs been following Kira Clark closely. She is only doing solo and girl/girl with Nataliya. Let’s see what Scoreland does with her.

Oh and for those complaining about the make-up. Do not blame the girls. The MU is a direct requirement by the owner of Scoreland. Gladly Tessa never shot with her or you would have been disappointed. Oops I am breaking the fourth wall.

Should Kira Clark be added to the 24-28 Miss BoobsRealm 2022 semifinal?

Vote for Current groups A to R on the Miss BoobsRealm 2022 section.

UPDATE: There is a draw. As a result I have decided to ADD a new group in the first round. Group S will feature Kira Clark, Karissa Marie who was the girl whose photo I forgot to add and 4 more girls.

[…] 7. Based on the previous point the second round participants have been extended from 24 to 28 -could go to even 32- if Kira Clark is voted in the contest. […]

Nice body but somewhat ruined by all the tats. Shame that the western societal sickness is permeating into the Russian babes.

I would of voted yes but missed the vote. Kira is great.

Yes, Score’s makeup leaves a lot to be desired. Many of the Score girls look far better with their own applied makeup on Instagram etc.