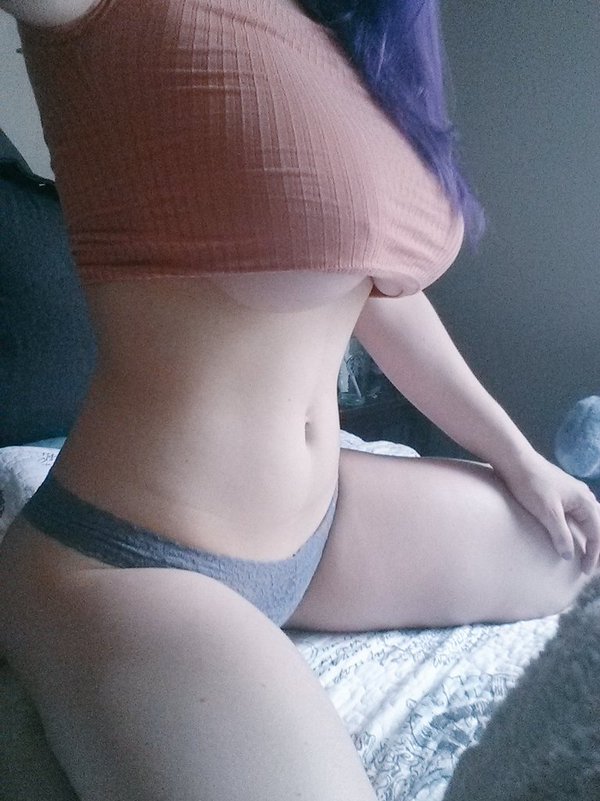 As you may have noticed -and many have pointed out- KittieSauce has became the go-to busty girl of the year. While I found about her last year and included in Miss Boobs Realm 2015, I think that after her interview on BoobsRealm.com and the recent posts the whole world has literally started taking notice. All the big sites and producers know who this 20 years-old blue-haired is. My prediction is that -if she decides to go for it- Kittiesauce will take over the busty world in 2016.

2013 was the year of Antonella Kahllo, Sha Rizel and Tessa Fowler

2014 was the year of Lucie Wilde, Viola Baileys and Emily Born

2015 was the year of Samanta Lily, Beth Lily and Amanda Love

2016 will be the year of KittieSauce, Cara Ruby and Renata

Many fans pointed out that KittieSauce resembles gorgeous busty legend Tanya Song. I know it is not good to make comparisons, but I think my favorite Chaturbate KittieSauce attributes can seduce the fans of Tanya Song and Karina Hart, with KittieSauce taking the best of each.

What made me me post today? Being a huge fan of Tanya Song I remember the glorious pink t-shirt!

This is one of the clips and Tanya Song wardrobe that I will remember until I am an old man with no memory. Tanya Song told me she does not have this t-shirt anymore. It was legendary!

I saw today that the lovely KittieSauce took some hot selfies with a smaller pink t-shirt. I think she should do videos wearing it. Her big breast look perfect on it. She does not need to go topless wearing it, only bouncing her delicious juggs would make many guys day for sure!

KittieSauce is the new big boobs girl of the moment. Just sit down, wank and watch how KittieSauce ascends to stardom before your eyes! You can watch all her beauty live and interact with her on KittieSauce Chaturbate room. yes a very defining outfit in busty glam history. There is a site called abibids.com where you can buy the outfits from some famous pinup models shoots. Pinupfiles had a few auctions on there with some well known outfits. Been temping a few times to purchase a few being such a big pinup glam fan. When i think of tanya it is that pink top and the blue dress

I agree the pink top is legendary and I think KittieSauce can be legendary too.
Regarding the PUF outfits.. Di you check that now Tessa Fowler will be posing wearing fan-sent wardrobe?