Maitland Ward Gets Blacked and more stars getting ready for IR 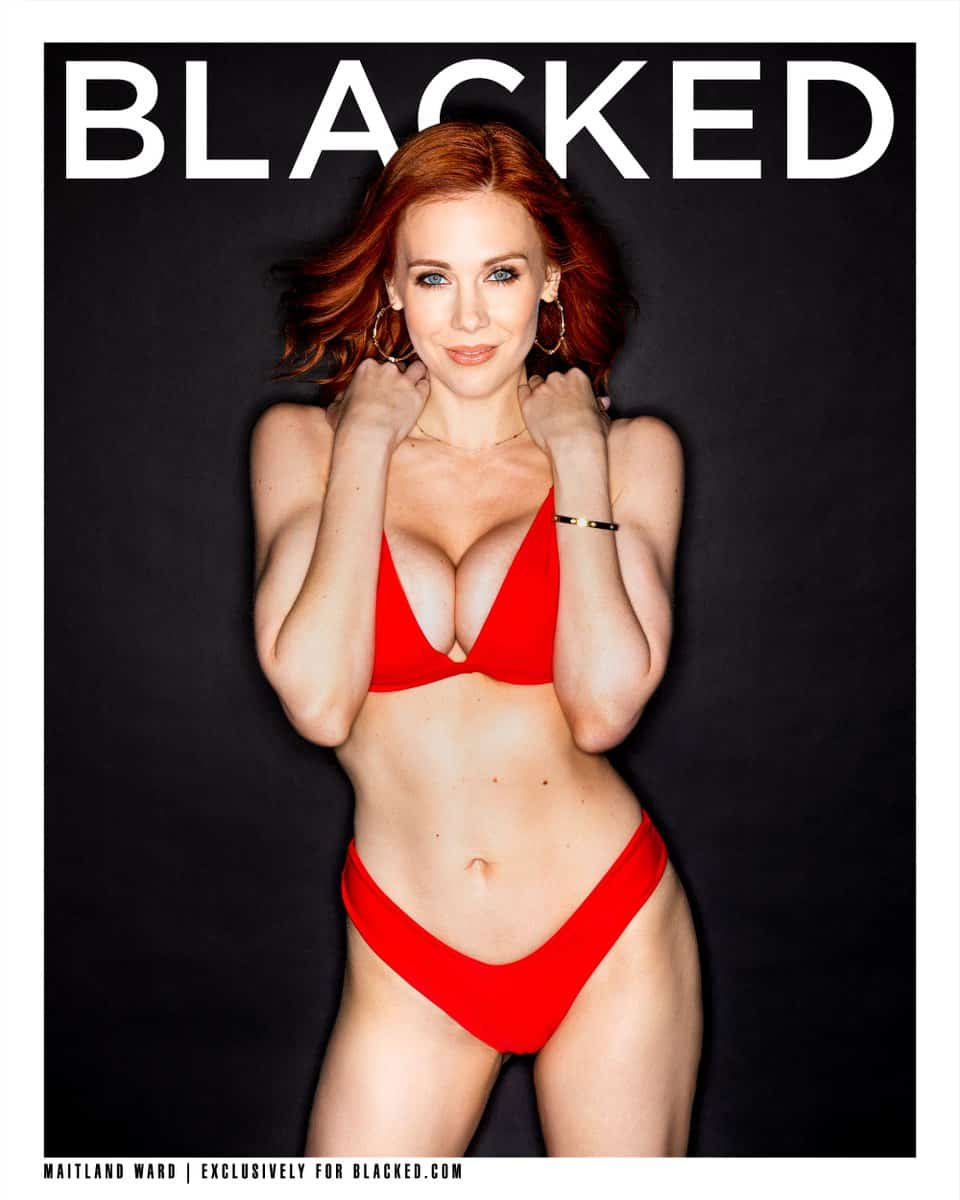 Rumor is that a top solo star has received an offer and has agreed. While BoobsRealm can’t confirm the rumor, it seems very likely due to some backstage developments.

On a side note a very famous busty girl we all love and fap to has declined the 5 figures deal. I was told to keep the info to myself to avoid issues.

However, if rumors are true and EB is coming in, she might bring another indy star that made a name for herself on Reddit and has became a rising star in the solo world this year.

At this point I am not surprised if somebody throws money to Lucie Wilde and Viola Baileys to come out of retirement for Blacked. While their returns are almost impossible, The people at Blacked seem to have Gremlims as bills and they are throwing them water to multiply them.

Speaking of AVN, please check out Emily Bloom and HopelessSofrantic on Emily’s WEbsite

Lol@maitland ward. I had to google the bitch. The tall redheaded slut from a lame show 20 years ago that nobody cared about? Anyway, we’re still waiting for the real story from 12 years ago.

From a show nobody cared about? A show that ran from 1993-2000 with relatable characters that were featured on every damn popular teen magazine back in the day? Yeah, sounds like no one cared LOL. Anyways, I can’t wait to see Maitland in action. She also confirmed she did a scene for Bangbros.

DO not feed the troll. He always complains and has negative things to say about everybody.

Mikell is right. He’s not being a troll, he’s just being honest.

And regarding this statement
“On a side note a very famous busty girl we all love and fap to has declined the 5 figures deal. I was told to keep the info to myself to avoid issues”.

What’s the point in telling us if you can’t name her, this is how people begin to speculate and start rumors .

Run out meaning there are not new to come. Gabbie has shot for them or is already signed to. Same as autumn.
Because when it happens you will remember. And you never will see it coming…

“On a side note a very famous busty girl we all love and fap to has declined the 5 figures deal. I was told to keep the info to myself to avoid issues.”

Blacked.com could only exist in the USA in other countries it would be considered racist. The US has this sexual racist taboo thing the fact the interracial category even exists is a problem. The site is not liberal it features virtually zero black women and the black men are basically a cattle market. Many of you will say it simple fills a market demand but I’m sure there is a market for Klan attire and Nazi memorabilia that doesn’t mean it is right to sell it.

A SJW White Knight cuck appears on the scene.

“However, if rumors are true and EB is coming in, she might bring another indy star that made a name for herself on Reddit and has became a rising star in the solo world this year.”

If Lucie Wilde, Viola Bailey and Shione Cooper debut for Blacked I think I’d have a heart attack.

Great post, thank you! On the sidenote, could you please share if you know if Sophia Traxler has any remaining unpublished HC scenes? You seemed to hint to something like that in one post.

She will have a scene for boobsrealm only coming back for us!

Thanks for answering! But as I understood it will be softcore only?

You never know. I don’t know. We will find out during the shoot

Nice, thanks! 🙂 And one last thing please, do you know if she still has something unreleased with LP?

But you said she declined… so the only reason it matters is your source doesn’t want you to say. But why even tell us that if #1 It isn’t happening #2 You can’t tell us who it is anyway. Why even say that then?

Because it is always fun to speculate right?
And because many guys think that throwing thousands of dollars to a girl would make her take cock on camera, but this girl proved that is not always true.

Just from the trailer alone you can see that Maitland never shuts up. She does a running commentary of the whole scene like she is the announcer for a radio boxing ahow.

Rumor of the star that refused 5 digits. I presume one and only Tessa Fowler.

C’mon BR, give us some names or at lest some hints.

It is funny that I have hinted something in the post and nobody has found the hidden clue. lol

It sells well and there are women who watch these videos.
Plus iluminaty confirmed LOL

I would love to see Tessa Fowler get blacked.

Plus I hope some one hit wonders from years passed get resurrected. Maybe Rozenna Ally?

Ok I got inspired by this post and came up with a wishlist of chicks that I want to see blacked. Hope that the producers read this and take some action. 🙂 Tessa Fowler (I would pay top money to see her do HC) Hitomi Tanaka Rozenna Ally (former cam girl, also goes by Rosey Rose and other nicks) Amira Aime (one hit wonder who did a BBC BJ at industryinvaders and then disappeared) Zuzana Drabinova (have been dreaming about her for ages) Irene Fah (also goes by Opal Lee, an oldie but a goodie) Valory Irene (I know she… Read more »

Guys, just read the last line of the article if you want the names of the rumored stars. They directly correspond to the somewhat vague descriptions two paragraphs above it.

Yeah looks like it. Still secretly hoping that Tessa Fowler will do HC, but she is probably the one who refused unfortunately.

Agnetis Miracle and Ewa Sonnet. And Viola Baileys too. She drank jew piss so niggershit should be fine with the ruined whore.

I hope it is not who I am thinking it is.

A lot of white women would screw a room full of goats if the price was right.Shouldn’t surprise anyone…a lot of white dudes are screwing,dating,marrying Asian gals like its going out of style…you only have yourselves to blame ww…good luck you are going to need it!