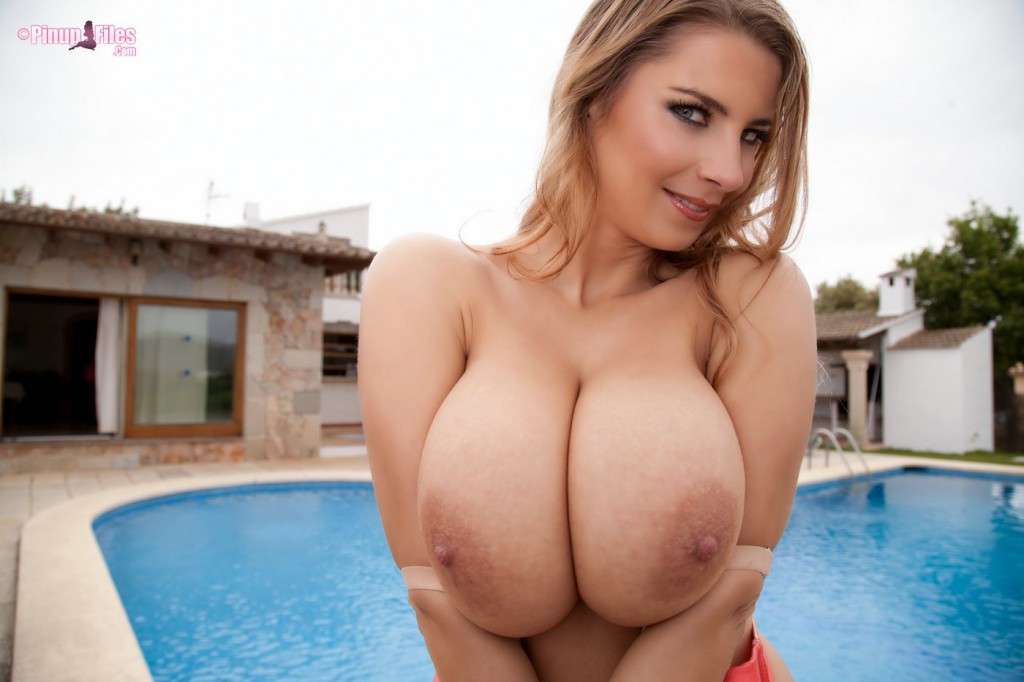 The road to Miss Boobs Realm 2016 has started. I’m taking note of all your suggestions. I also want to know your suggestions on the mechanics of the contest. Fans and models have expressed that previous editions took too long. Last year over 250 girls entered the contest and it took 3 rounds -not including qualifying rounds- to declare a winner. So the following are five options I would like you to check out. Other suggestions are welcome, but one of these would be the mechanics that the contest will have in 2016.

Note: Committee mentioned will be formed by: Me, Ca Uk, another long-time follower of the blog whose name will not be disclosed, two other bloggers, two producers and the sponsor. If the sponsor does not form part of the committee another friend site will be added. This total 8 votes. Fans voting (total fans votes) will have a weight of 2 votes. If a model chosen by the committee has the same amount of votes that a model chosen by the fans, the girl who the latter chose will obtain the additional vote.

Why Fans voting has only a weight of 2? It has happened that many fans voted for the busty girl who had the best year on their eyes regardless of their preference, while others voted for their favorite and others were so obsessed that tried to fool the system and used proxies and fake e-mail accounts (2014). I did catch them, but I think Miss Boobs Realm should become with the time a more recognized and legit contest and the new system is a step in the right direction. The Committee will be voting since the get go, except when stated otherwise.

Option 2: 150 girls distributed in 15 groups of 10. Top girl of each group advances to the final. Each phase lasts two weeks.

Option 3: 150 girls distributed in 15 groups of 10. Top 3 girls advance to the next round. Girls will be in 5 groups of 9 girls each. Committee voting starts in the second round, meaning that the first stage will only be decided by fans. Final round will feature the top girl of each 5 groups.

Option 4: 120 girls distributed in 12 groups of 10. Top 2 girl of each group advance to the next round which will feature 3 groups of 6 each.

Option 5: 100 girls distributed in 10 groups of 10. Top girl of each group advances to the final. Committee votes starts in the first round.


Thank you for taking the time of reading all this.  Now it is time to check out some boobies.

Our friends from HQBabes brings us this hottie Rosie B. While Rosie B won’t be in the Miss Boobs Realm 2016 I think you need to check out her pretty face and her big tits. See the full gallery here. I had no idea about Maitland Ward and her big tits until I saw a pic of her huge rack and decided to post about her. She is nto only a celebrity, but also her boobs and her naughty side have made her be in the Miss Boobs Realm Pre-nominees list. She has great boobs, she is world famous and she has shown her tits for the first time this year… I think she is already a lock in the official selection…

If you are not convinced.. check out this from her Snapchat. Beth Lily might have been gone from out screen -at least her tits- but she definitively made waves early this year. She is oe of the most beautiful blondes most of us have ever seen… I think no one will complain if I officially say that Beth Lily did enough this year on Zoo magazine, her own site and Page 3 to be in the final list. Below a photo of Beth Lily at Pinupfiles -from 2015-. Lat but not least. You may be wondering why Kate Kompton is in the list. The busty companion from Toronto has turned more heads than you imagine.

I think August Ames is a good fit for the reason that her breast are a little big for her size but also they are some of the most perfect breast i have ever seen.

Option 5 looks to be the most plausible for me, 100 girls is a nice round number and 10 groups of 10 is a nice even split, im keen to get started as a committee member

There are almost 200 pre-nominees so far http://www.boobsrealm.com/2016/06/10/miss-boobs-realm-2016-update-kate-kompton-beth-lily-rosie-b-maitland-ward-boobs/
UPDATE: Most people are picking Option 6 as they wanna see more girls, but I do believe that’s too many groups to keep track of

200? Christ, thought I was a boob fan. So long as they’re pretty and not just busty. Like Beth lily and kittiesauce.