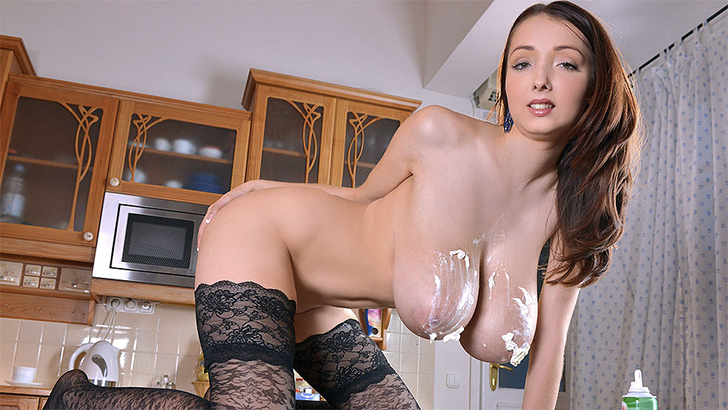 Finally it happened! Thanks to the powers that be and due to the Corona Virus situation -and the lack of revenue for many people- Lucie Wilde accepted to do an online interview with BoobsRealm.

Of course Lucie Wilde had to do it. After all BoobsRealm is the only website that got a hold of her back in 2014 – Read the original Lucie Wilde interview–

Lucie did not have much time, but at least gave us the chance to clear up many topics. As always, she was very “enthusiast” and just replied with short sentences.

BR: Thanks for the opportunity. The whole world was waiting for this for a long time!

LW: I don’t understand. There are many girls with big tits out there. I am just a simple girl.

BR: A simple girl with spectacular out of this world tits.

LW: I just watched TV and laid on my couch. I’m lazy

LW: Yes. I have a babygirl.

BR: So how did that come up?

LW: I fucked, he came inside me, 9 months later there she was.

BR: LOL that was obvious. I mean. Was he your boyfriend? Are you married now?

LW: Not married. Too many question. 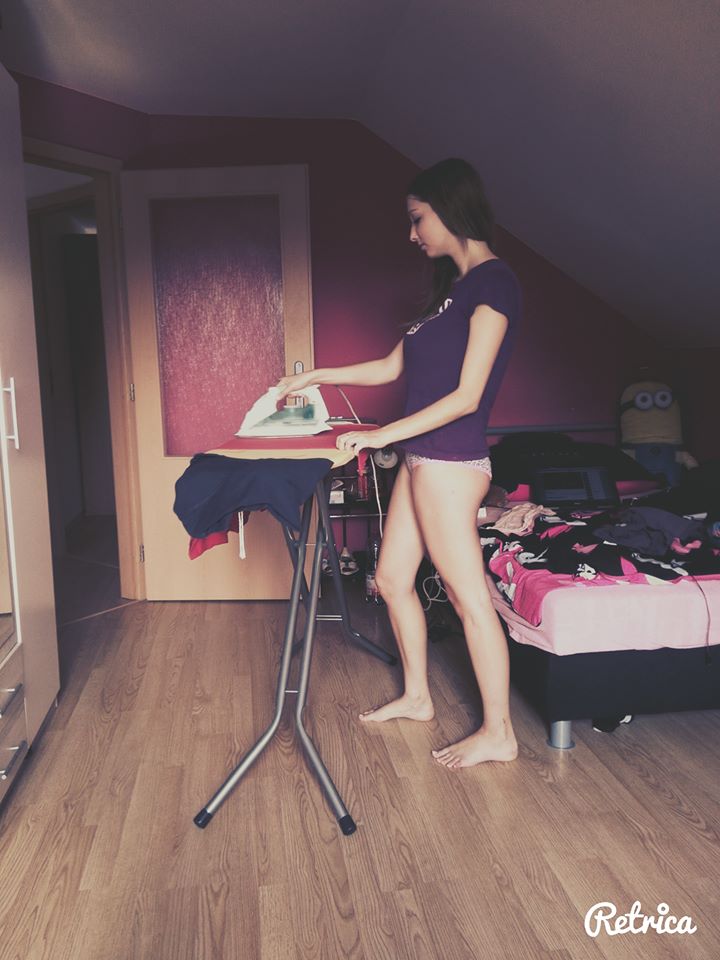 BR: What about Argos

LW: He is getting DP in jail. I don’t care. He took my money.

BR:  Rumors about your breast reduction surfaced last year. Is that accurate?

LW: Also aliens control the world according to the internet. No. I lost weight. Baby sucked a lot of tits and bit them. They look uglier now and smaller.

BR: Uglier? They were not ugly

LW: They were. Who likes big tits? I was bullyied when I was in school for having big tits.

LW: I never thought I was going to look good naked for others. I was told ugly tings. That I could never see my feet. IF i stick my tongue out I will fall face down and more. I hated them

BR: And they made you money

LW: No. I don’t like it. never watched it before. Never watched me. I dont like to fuck. I dont care.

BR: So not even one shoot?

LW: Hmm. Maybe a few times when people where not serious. But it took too long. Too many things. No. not fun.

BR: So you would never go back?

LW: Never. I got offered 5k for a shoot for the German site. I said no bye.

BR: So what message would you like to give to the fans now?

and thanks for the photo! 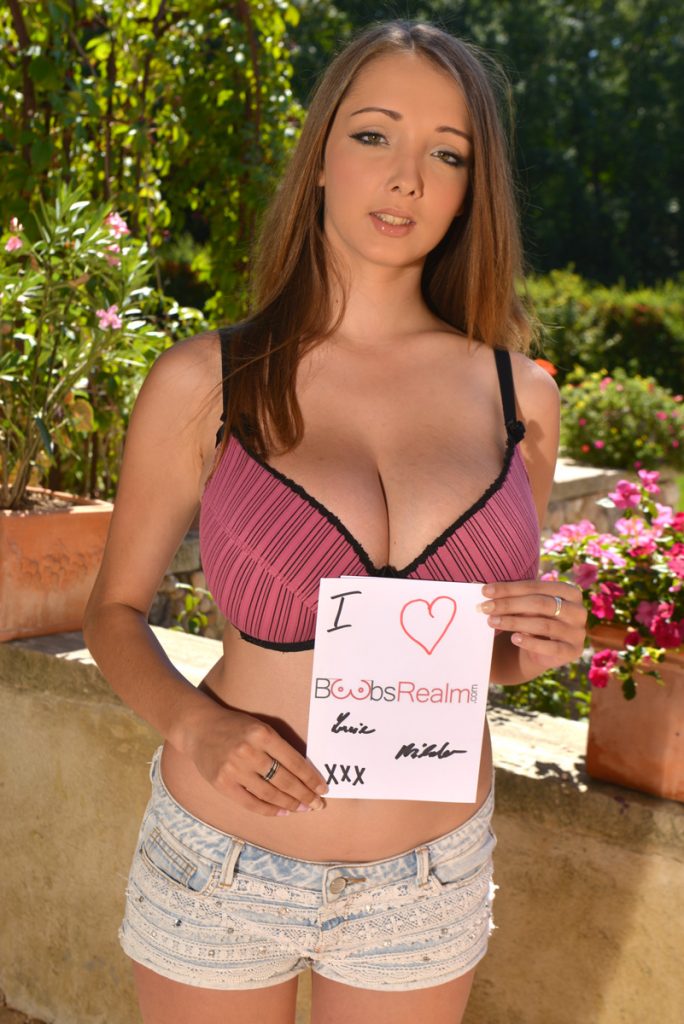 And if you made it to this part….please click on the link below for the video of Lucie Wilde saying hi to us.

wow she really hates you

So does that mean all of it, including her words, was completely fake? I was going to ask if you found out what her current breast size was and what picture it was referring to at the end? Thank you

Excellent AFD joke I must say.

A little jaded…too much too soon for that young girl.

Happy April’s fool!.
Now 90% of the info is accurate tho.. but the interview didnt take place LOL .
Most people fell for it. Even Samanta Lily hehe

What about the losing weight vs reduction? Was that accurate? And that she is not married?

I was told she is not married.
Cant confirm that one.
The breast status… that’s the question

Oh I can tell you why it happened…. dont blame LP.
Lucie was complaining and not collaborating with the scene so a lot of her stuff was not gonna make the final version because was not good material.

i almost fell for it, but not as you think
I thought that you was fooled with a fake interview and paid for it

Nice April Fools! Had me going until I made it to the comments! Probably not far off from what a real interview with her would be like. Terrible shame about the wasted potential of this girl. She went too hard too fast and burned out.

She did the right thing quitting when she did when her breasts were at their best.

I hope she gets the therapy she needs. When she said she doesn’t enjoy sex at all, I can’t help but wonder what kinds of traumas she’s experienced in her life.