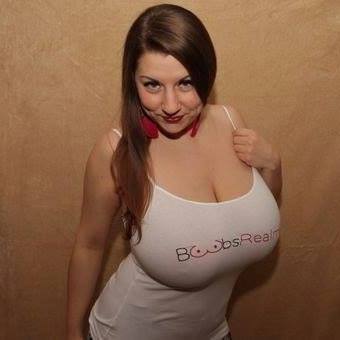 The 4th and 5th place were obtained by Lucie Wilde and Sensual Jane, leaving one of the favorites to win -and Playboy’s predicted winner- Beth Lily in the 6th position.

Samanta Lily finished this year as not only Miss Boobs Realm 2015, but also as the top newcomer of the year. Sexy_Lovely_Sam is no rookie, as sshe has been camming for over 3 years on Streamate, but 2015 represents her first year as an active model after being featured on Scoreland, DDFbusty, Pinupfiles, Yesboobs and Divine Breasts. You can also get a personalized photo and video  from Sam on imodel4you.com.

The success of the 2015 edition will bring not only Miss Boobs Realm 2016, but also will involve content producers and fellow bloggers to determine the winner next year. Miss Boobs Realm 2016 edition will be more of an Oscar type of prize. Who knows maybe in some years there might be an actual trophy that can be given to the winner at an Adult Event ceremony. It may happen thanks to you guys! and to the great models making our lives better.

Sam took an exclusive photo with the BoobsRealm.com tank top.

Thank you Sam! I love you! well I did not see that coming lol. Congrats to Sam!

Sam is the best, she’s a real superstar!

Sam is fantastic. She started playing with her bf on camera, allowing her to grab her tits. Hope they will go further than that.

Anyone find it somewhat strange that Beth managed to get more votes than previous winner Antonella, only to end up number 6 in the finals? Funny how such polls can turn out. Would like to have seen her besides Tessa as my two favorites.
Sam is one of amongst a handful of models who never really caught my eye, though i understand why others like her a lot.
And where did Cassidy come from? Definitely surprised me.

Yeah.. I was following the origin of the votes. In Beth’s case, links from 4chan and anon-b helped her in the last two days. However, some of thsoe voters did nto go back to the site, whereas others choose to vote for Sam or Tessa. Something curious was that some fans referred by Antonella voted for Beth too on the first round. Also, Antonella stated on twitter that she supported Tessa. Not sure if that impacted. Casssidy was bringing in many fans from ifriends.net. Sam was in 3rd place 3 days before the end. Tessa was leading 4 days before.Cass… Read more »

that’s awesome news. Its nice to know that they are aware of this. It is like the Oscars of busty pinup glam… So essentially cheerleading for your favorite by using links worked. Darn! I did not think of that! Next year I would love to be on the judging council pretty please.