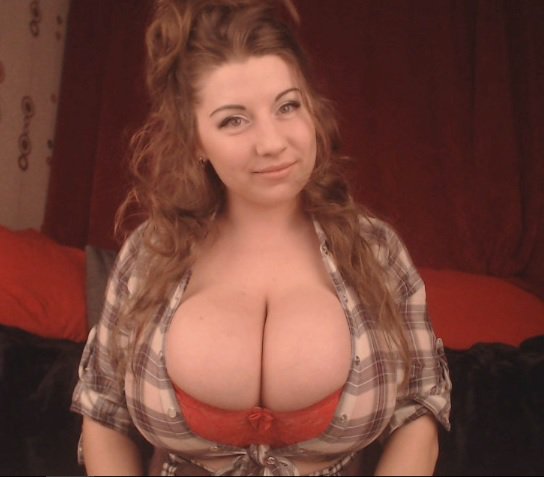 The gorgeous Samanta Lily launched her official website. The busty russian sensation, winner of Miss Boobs Realm 2015 decided to give more to her fans. After succesful work for Pinupfiles, Scoreland, DDFbusty and Yesboobs, Samanta decided to launch her site you to offer content she has 100% control on and be more connected to her fans.

As soon as you are on her site, Samanta Lily receives you with her big boobs. She bounces them hypnotizing any visitor. It is such an event, that you will just cum within minutes. Sam has recorded exclusive high quality videos and offers it to her member. She has also photoshoots that you will never find anywhere else. Her huge natural boobs are the stars of her site, but you can appreciate her overall beauty. Her pretty russian face is to die for too. Her body is great. Samanta Lily has a big ass too and nice curves that make you wonder if such perfect girl is real. Yes folks, Samanta Lily is real and her big boobs are the epitome os perfection. Thank you for the more than 200 RT’s. Here is the clip I promised. pic.twitter.com/8ZIfGwSmfl

On a side note, _Passions the chaturbate big boobs model continues to cam without showing her face. However, this video only shows that she size of the tits of the blonde girl are the same as those big boobs of Alicia Linda. Does anyone has more info to confirm that Alicia Linda is indeed _Passions ?

BoobsRealm.com got an exclusive video, which has some issues to stay online, but will update you with the photos. No face tho, but it is weird that _Passions chaturbate room is blocked in many countries. I would not be surprised if she is the same girl.

Update somehow full video please! When we can count on those photos?

This is great news, and some of the sets look amazing. But no download options…

I think it is because many fans download content and share it. It is a way to protect the models interest. you know people have to #pay4porn to keep it alive