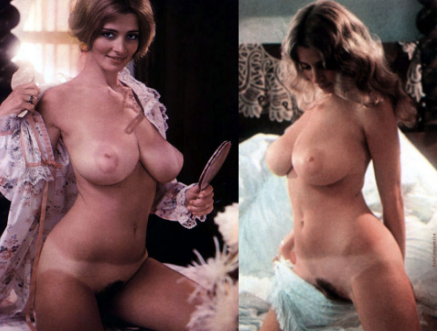 Janet Lupo was a Playboy Playmate who started her career in 1974 at the Great Gorge Resort in McAfee, New Jersey. She got approached by photographers who tried to convince her to pose for Playmate of the Month. She initially rejected the ideas , but in March 1975 she agreed to pose. In November 1975 she was the Playmate of The month. Janet Lupo was marketed as the “Biggest Boobed Playmate” due to her 38F natural breast. However, in reality Rosemery Hillcreast has that title for her 41E cups.

After retiring from Playboy she became a bartender. She made a return in the early 1980’s and then launched her own website back in 1998. Below some photos of this amazing busty legendary girl. What a big pair and what a great body she had. Unfortunately for her Playmates were not making that much back in the day. A couple of “recent” photos of Janet Lupo