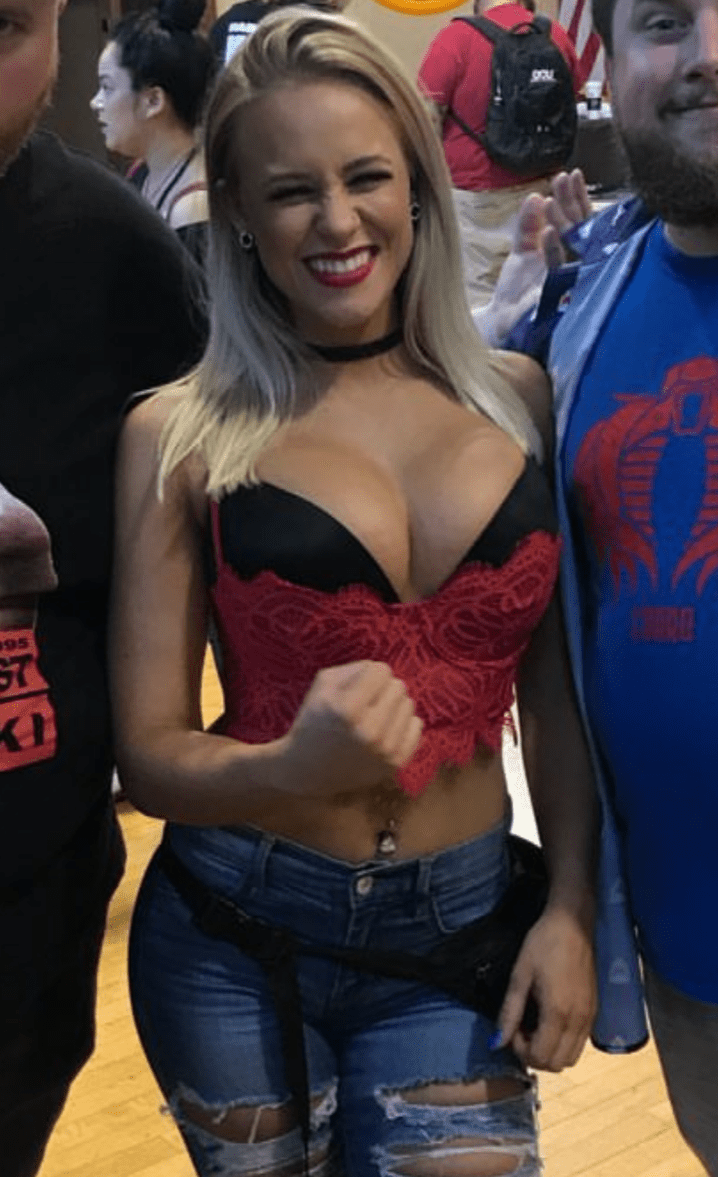 This is more a wrestling post than a tits post, but the ones who follow the blog will completely understand it. I am also curious about how many fans of big boobs are wrestling fans. There is a survey at the end of the post with some wrestling related questions and some obscure references LOL. I will explain you why AEW aka All Elite Wrestling is the Onlyfans of Pro wrestling.  Bewbs and Wrestling!

If you have been following the blog you may know how critical I am about the negative impact of Onlyfans in the big boobs world. While it still provides benefits, and I take advantage of some of them by starting my own onlyfans, it still has lead to a loss of perspective.  Some girls -and producers- work hard to improve the quality of work and content for the fans. However, there are countless of amateur girls who think that because they are making good money on OF the world owes them things. These also “bury” content of producers and feel entitle to get paid more than what the average rate is. Onlyfans has allowed many girls that have not put the work to be real performers call themselves stars and treat others as “not on their league”. Unfortunately, the adult world and professional wrestling have a lot of similarities. It finally dong on me that modern indie wrestlers and amateur cosplay wrestlers found their Onlyfans in All Elite Wrestling.

All Elite Wrestling was launched by Jacksonville Jaguars and Fullham owner Tony Khan, who went from booking matches on play station with the stick in one hand and his dick in the other while animated buff strong characters were rubbing each other’s butts on the video game.

One of the saving graces of AEW -due to her looks- Anna Jay. And Penelope Ford – on featured image- aka Mandy Rose v2.

Sadly AEW is doing what Onlyfans does to wrestling. AEW is killing wrestling. Tony Khan’t does not need the money. He is living the dream. Randy Orton called him “Jacksonville Dixie”. He nailed it.

Now they got Sting… and while he holds the right to his name, I am sure he will become STINK in no time.

And for those of you who may not get it… This was “GOOD SHIT, PAL!”

This has to be the most stupid article I’ve ever seen, seriously. And no, im not an AEW fan, but this is stupid

Weird I see AEW as the saviors of wrestling. WWE has been killing wrestling for years in my opinion. Vince is out of touch what the modern audience want.

I do agree that there is no Rock or Stone Cold in AEW but there are not any in WWE either. Except for when they do guest appearances.

I love Jim Cornette. He is one of the funniest guys on the planet and pulls no punches in his interviews.

0
Reply
Not a nigger

I have been a wrestling fan for some time, but haven’t tuned in much in the past several years. I did a little research and I see what you mean about AEW. But that said I don’t think they are going to ruin wrestling. To do so would require them to first obtain a large and loyal following, which looks unlikely based on what I’ve seen.

For those wanting to see up and comers, I would suggest looking at some developmental leagues like Ohio Valley Wrestling out of Louisville.