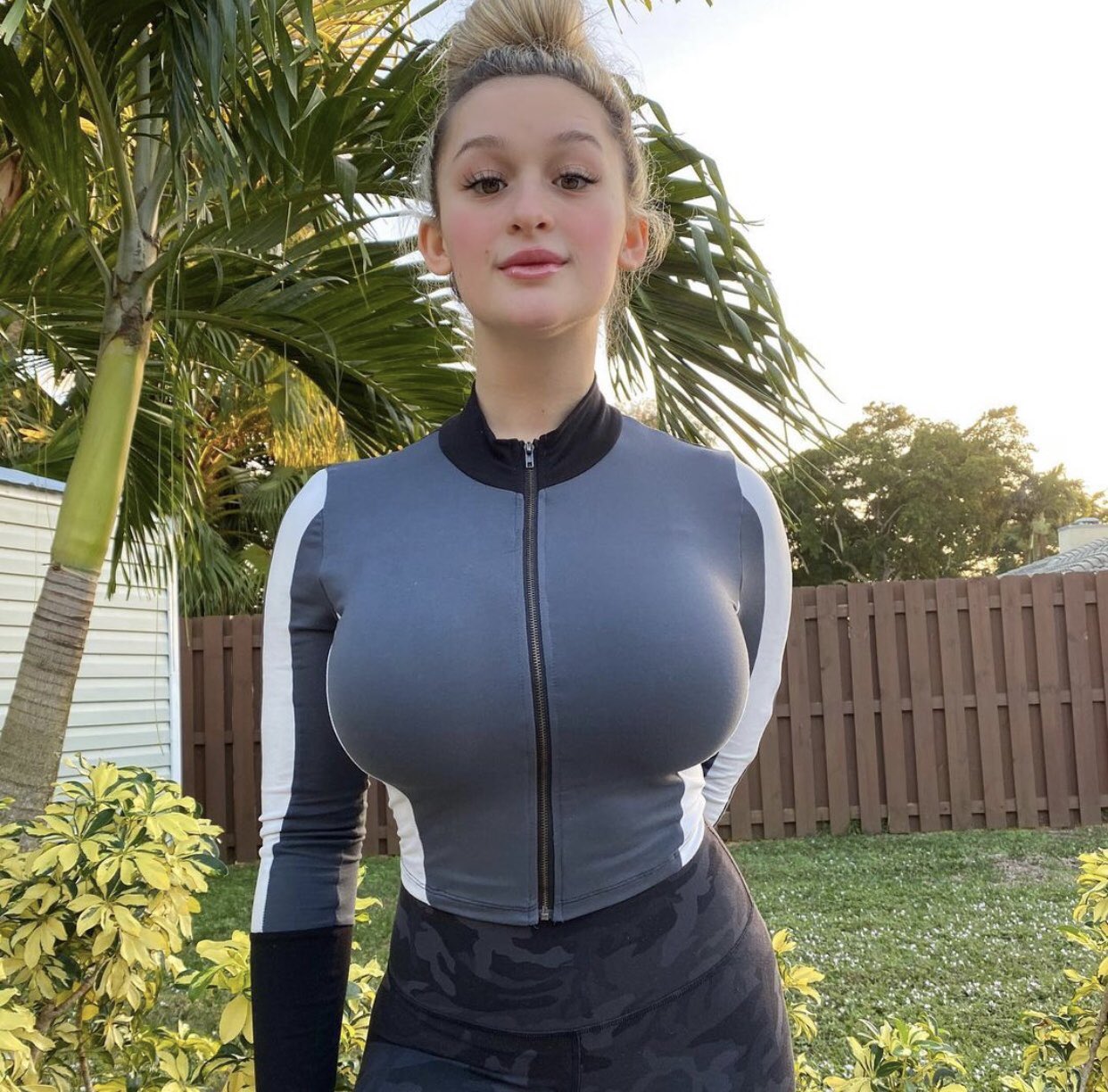 Blonde Trinity Morissette turned 18 today! The busty tik tok star has over 4M followers and there are two big reasons for that.

Tik Tok star Trinity Morissette is now 18. She is an American girl who went viral on Tik Tok and became an IG celebrity. She has also been posted in the sub-reddit “biggerthanyourhead” and other sub-reditts dedicated to busty girls.

I would consider Trinity the second coming of Sophia Diamond, the busty Canadian girl who went viral at 16. Sophia then became the face of Tik Tok in North America when the chinesse platform was starting to be advertised on Facebook.

Below some videos and photos of Trinity Morisette.

Well, she can probably start an Onlyfans and make millions without any explicit content

Hey Triinity -or any other potential content creator- if you wanna join onlyfans with my Referral Link, I would owe you a lot!! Join Onlyfans as a Creator. 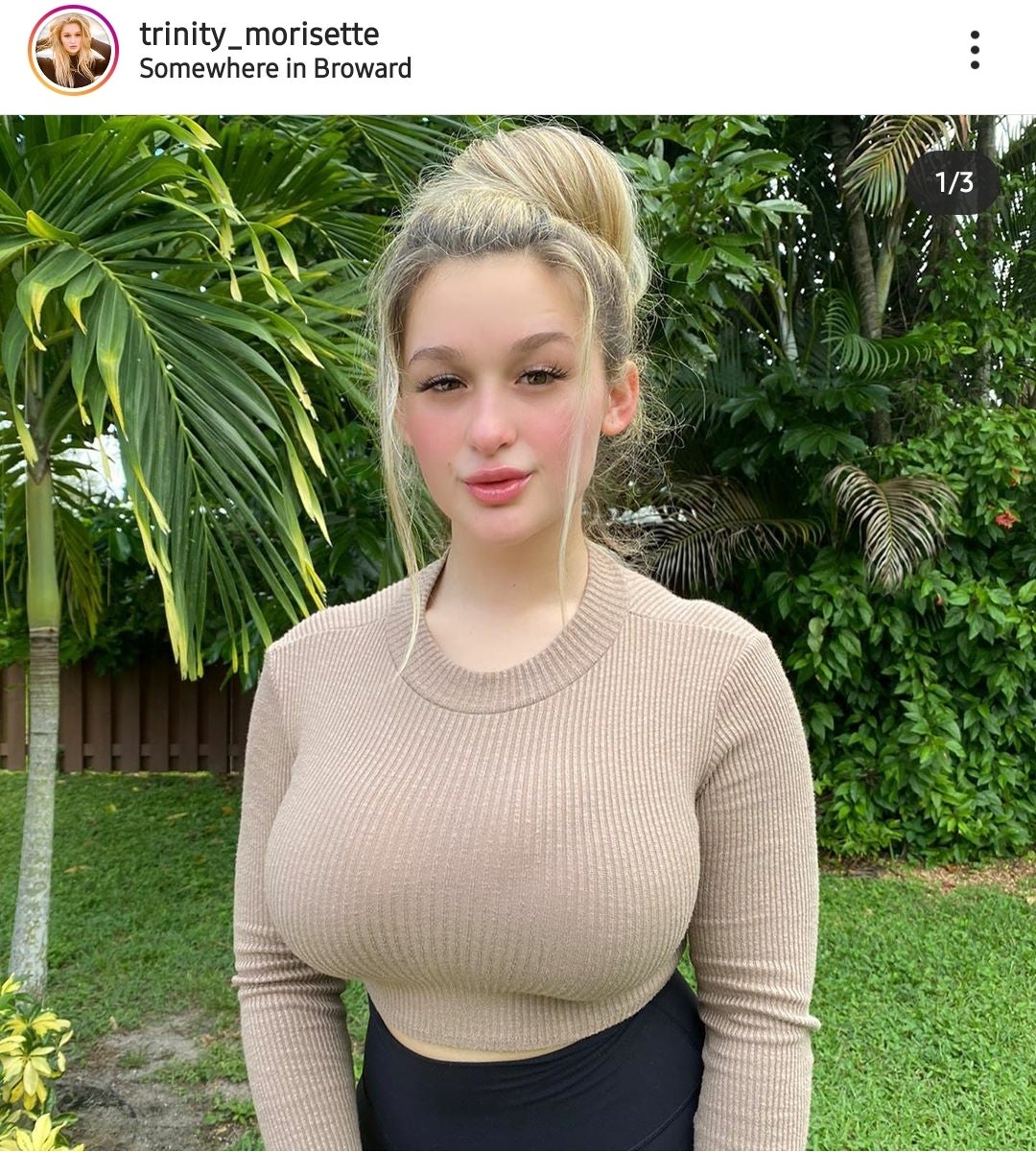 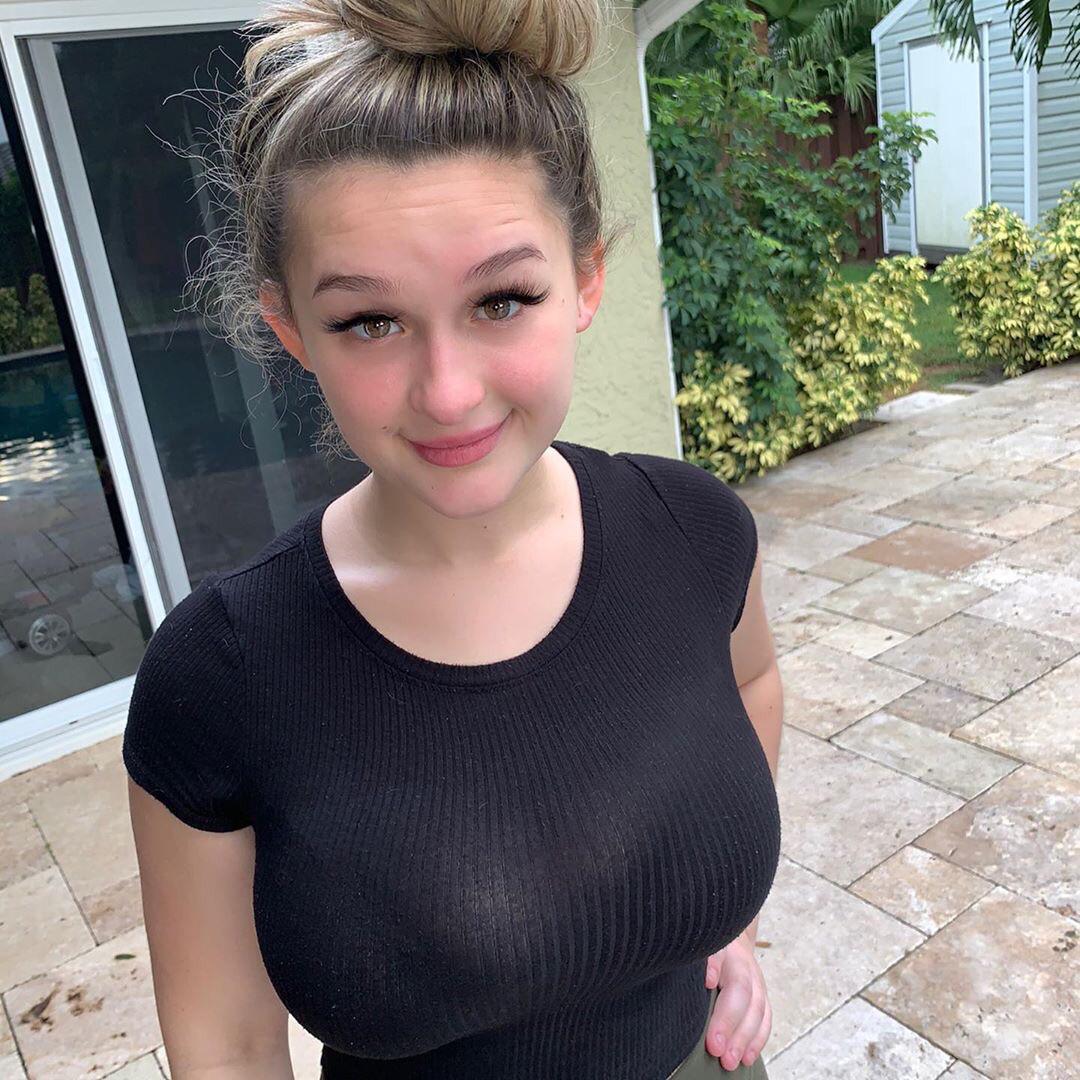 I guess I must be getting old and jaded because she is incredibly underwhelming and unremarkable.

I won’t be visiting her site. Why do you promote OF sites that have already got plenty of fans, streaming revenue and don’t reveal anything – do they need any more attention?