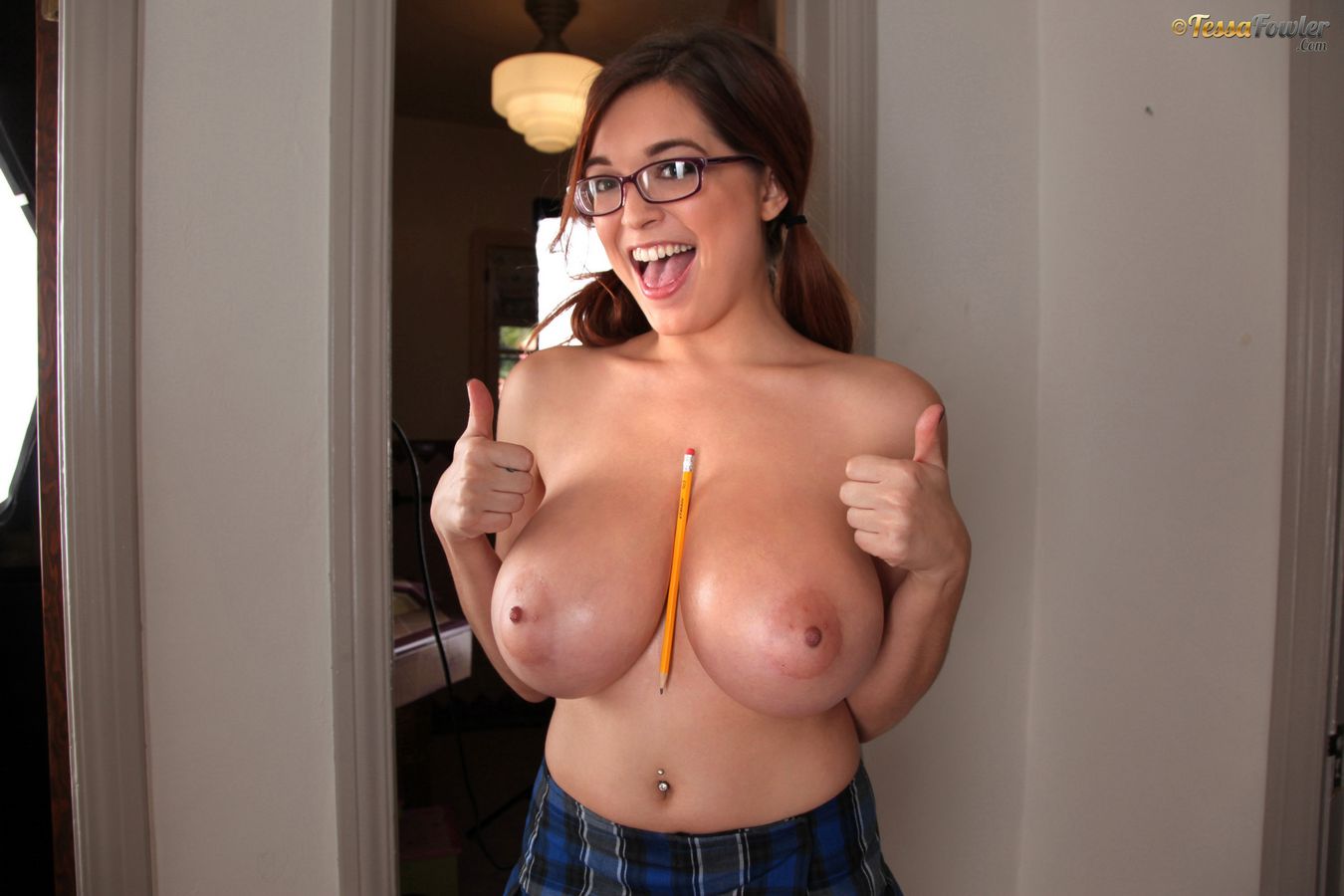 Hail to the Queen! Miss Tessa Fowler has won Miss Boobs Realm 2016 by a large margin. Tessa not only got massive support by fans on the fans poll, but also got more votes in the Committee voting section.

Tessa wins US$450!! The original award was $350, but Pinupfiles matched the award to $450 as it was in 2013. Thanks to FindBBW.com Pinupfiles and to Committee members NaughtyBoyPOV and XX-Cel for the support and making this contest possible. BoobsRealm.com will contact Tessa in order to make her the award transfer.

Note: Join Pinupfiles and get 50% OFF NOW Tessa Fowler has been praised this year by fans and models. Her work has been outstanding. She always managed to deliver great photos and videos. Throughout the year I got several messages from fans who believe that 2016 was Tessa’s year. They were right. Tessa participated in the last 4 contest, but this is the fist time she wins.

Other fan favorites were Angela White, who had a very special 2016 and Miss Boobs Realm 2015 Samanta Lily, who showed her evolution as a performer and established herself as a future legend. Sensual Jane was another girl who got rave reviews during the year, but her early retirement did not help her cause.

As you can see in the results, the big surprises were Mila (Hello_x_pussy), Asiri Stone and Lovely Lilith, who got 3rd, 4th and 5th places, respectively.

Get All Tessa Fowler Photos and Videos on Her Official Site (One Month $14.97 ) Tessa Fowler follows the tradition that glamour/nude models win the contest. Tessa made her debut in 2012 at Cosmid as Tessa Rich, taking a hiatus after shooting for this website. Over a year later, she made her professional debut as Tessa Fowler shooting for Pinupfiles and then launching her own site TessaFowler.com.

Natural 32H breast, a bubbly personality, a cute face and a dream body have made Tessa the ultimate fantasy girl. Tessa Fowler is not only known in the big boobs lovers community. Tessa has been in the news this year, which position her in the mind of fans.

I interviewed her in 2014 (Check my interview with Tessa Fowler). She had an impromptu shoot with the Boobsrealm tank top in 2014. She was part of independent movie Shock Value and made a legendary cameo on TV Banshee a few years ago:

She was interviewed this year on The Man Cave Podcast

Congratulations to Tessa Fowler. Thanks for sharing your beauty, and being nice to your fans. BoobsRealm.com wishes you a great 2017. I don’t know what Tessa Fowler has in store for us in 2017, but everything Tessa does is simply PHENOMENAL. God save the queen !

Congrats to all participants and all thank you vey much Boobsrealm to make this happen !

Thanks!!! Tessa had an amazing year! And behold!!! 2017 will be the bet year in recent memory for big boobs lovers

The contest is fine as is. The best boobs will win regardless of how and how often they are exposed. Tessa is the total package. Glad she won. BTW, if you haven’t noticed, Viola’s boobs are gone. Not because she retired…they’re just gone. A shadow of their former selves. Glad we got to see them in their prime but they are no longer “special.” Sorry, it’s true. And if you are able to pass along anything to Tessa when she collects her winnings, let her no her fans miss her on cam. Come back to MFC or start new somewhere… Read more »

Tessa dominated this contest with ease. I am really glad she won. I still don’t like the fact that Mila is in the finals and not to mention that she is third.. She is pretty, but her boobs.. no thanks. I am also surprised that Angela didn’t get enough votes to be in the top 3.

I expected Angela to get mre votes too. Mila’s boobs are huge and are not in a bad shape. I have seen her on cam. I think she is nice. I’m surprised as well that she got that many votes considering there are more famous girls, but kudos to her.
Tessa has been the fan favorite in 2016. I have to be honest that I predicted she was going to be. Voting in previous rounds also confirmed that, but you never know.

Thrilled to see that Tessa won this award and by such a convincing margin, she is a gorgeous woman with a lovely personality that shines through. 100% the worthy winner

Yah Stacey deserved to be in the final round. Asiri also has become a fan favorite. And obviously Tessa is just phenomenal