Some updates for the big boobs lovers:

Bethany Lily was on a recent trip in the USA and Mexico. It was in Mexico where she took new topless photos as the one here. While some fans have complained that Beth already charges for monthly onlyfans subscriptions and charges 20 dollars for each message on onlyfans (unlocking option), there seem to be many guys willing to pay. Fans can say what they want about models making money on onlyfans, but you have to look at it as a business, if people pay the price you are selling, why charging less?

Speaking of gorgeous girls, Sigal Acon is the latest hottest update on Scoreland Check her out take a shower. And for those fans who want to know more of her, tonight BoobsRealm will post an exclusive interview we had on the weekend. She will talk about her life, boobs, whether or not she will do hardcore and more.

Now it is turn to talk about the BoobsRealm Studio.You can help me with completing the survey here. Most fans are excited for the project but not willing to pay. Also I am getting some negativity, so the following one will be the last update until when the site is up. Ok I will go with TWO big updates. and TWO big issues to highlight.

And the last two news: 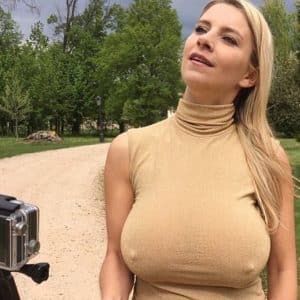 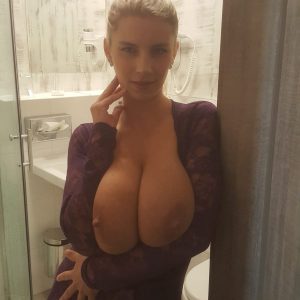 Last but no least, BoobsRealm might be attending Exxxotica Miami in September. Unfortunately, the interview with Asiri Ocean fka Asiri Stone won’t be happening as the busty cam girl will not be attending the event. If you plan to go to Exxxotica Miami let me know so we can have a couple of drinks.

“Beth does not want to be associated with a site that has hardcore either.”
Meh, who cares about boring girls like her anyway. Hardcore for the win.

Agreed!!! These girls have to put in some work for the mula ???

I think Boobs Realm should charge Chris excess mula for taking up so much freaking unnecessary comment space.

Sigal Acon is a long time MFC model… she used to be CalpurniaX back in the day but now goes as Sigal Acon there too. Hasn’t been online since July 11th though. One thing I’ve noticed that is a little weird in regards to Scoreland, whenever a model does work for them that I have known about before they modeled for Score… the model always looks worse in the Score content. Sigal Acon is actually supperr freaking hot on her own webcam, or in her own content/videos/pics… But these Score pics and video are “meh” at best. This isn’t the… Read more »

It doesn’t go unnoticed. I’ve pointed out numerous times about how certain sites, Scoreland being the worst offender, take natural beauties and turn them into nearly unrecognizable McModels. Talia Amanda is the latest atrocity. They put on the makeup with a bucket and a paint brush and make these models look 15 years older.

is anyone else concerned that one of the few, and arguably the best, news/rumors related sites is now making the switch over to content creation, where it will be lucky to even show up in the top 500 list with all the various production studios and models personal websites already out there? how long can a content creator truly remain conflict free and unbiased when it comes to what is featured on their site? unless the content released in the first week is the best content in the history of the internet up till now, i just don’t feel it’s… Read more »

The blog will continue being the main site…
Your is not going anywhere..

So Ava Adams is charging $5 for her onlyfans and Beth Lily is charging $20 Beth DOES NOT SHOW HER TITS to see them she will private message you quick tit flash or videos for another $20 to unlock FOR EACH MESSAGE. These models say you are not their fans unless you subscribe well make your own mind up guys about who is exploiting who in the industry.

It is very relative. I would assume that ava Adams sucks cock on film so showing her tits is just something usual. Beth is more exclusive. I’m not bashing Ava but you have to understand that for the fans paying for beth it makes a difference.
There is people that would buy a Ferrari. Therr is people happy with a Kia. Others would choose Audi. It depends on each person .

Defending Beth Lily because like a naive teenager you are in love with her. She wouldn’t let you touch her if you were the last man alive.