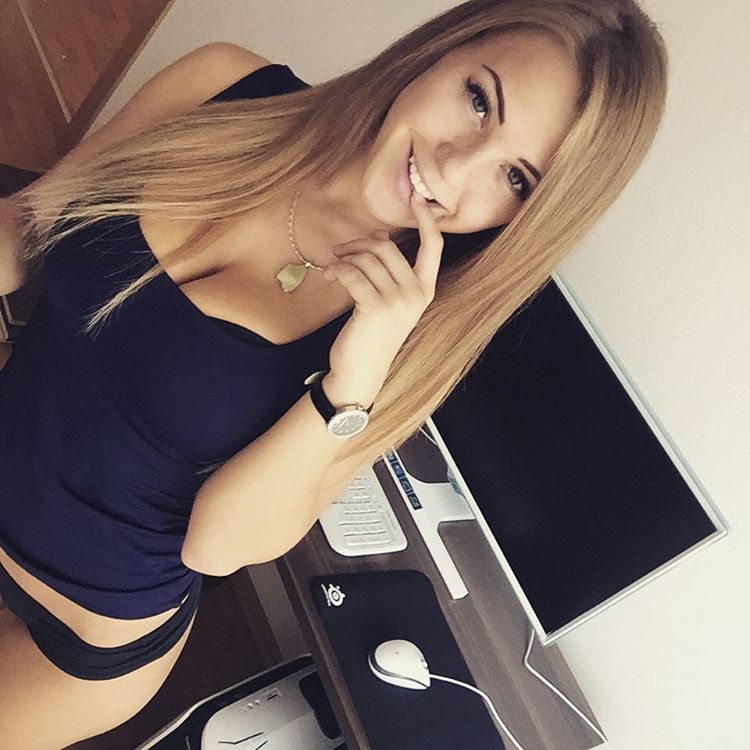 Let’s start with Lucie Wilde. Fans were worried that their worst nightmare came true. Did Lucie followed the footsteps of fellow icons Merilyn Sakova, Jana Defi and Yulia Nova in getting a breast reduction? Many fans have speculated that she indeed surgically reduced her big breast that made her an iconic figure of this decade in the big boobs niche. However, BoobsRealm can confirm that Lucie did not undergo surgery and that her big breast are just well-covered for a wedding ceremony. However, the former Lucie Wilde did lose weight and those giant naturals are not what they used to. One of BoobsRealm’s New Years Resolution is to get an exclusive interview with Lucie Wilde before the end of March 2019. On a side note, it was my interview with Winter Pierzina back in 2011 that made the blog stand out and start getting insider information. An interview with Lucie in 2019 will skyrocket the blog.

Watch Lucie Wilde on DDF for Christmas (50% OFF) Lucie Wild and Viola Baileys are the dynamic duo that never happened. The dream team scene that would have put us in cloud nine. Year 2019 is about the start and with it 365 days of hope to watch at least one of this ladies one more time.

Viola would look amazing as a brunette Wow…of all the starlets who NEED to lose weight, Lucie Wilde wasn’t one of them. She was already damn thin….so losing more sounds worrisome (beyond simply smaller boobs). 🙁

okay.. the nightmare for all breastlovers.. breast reduction. But we must fair, to live with so big breast is for the most women a horror. Back problems, sleep disorders and if you have a normal job.. have fun to pay a good oversize Bra. I can understand why she have done this… and we have enough stuff from her.

Off topic, anyone knows what happened to Annabelle and Aida Swinger, did they retired or what?

Too bad for us then, they were really great

I go to this website that shows hundreds of before and after breast reduction photos. The women go from a busty very womanly figure to what looks like an overweight man with bitch tits. Very stupid decision.

Thats easy to say when you don’t have incredible back pain from having huge tits on a small frame. Anyone with real regular back pain would do anything to get rid of it. Not to mention small frame girls like Lucie can have great difficulty getting a good nights sleep.

The problem is women with large breasts don’t exercise or they are not exercising correctly. Majority of these women who are getting reductions have stopped exercising and have gained weight. Therefore (like an idiot), get a breast reduction BEFORE they lose weight. That’s putting the cart before the horse. It’s a temporary fix to the real problem, which is getting OFF THEIR ASS and losing weight!

So its exercise thats the problem? LOL!

Exercise is the MAIN reason, but not the only reason. I’m afraid the other reason is stupidity. The women that I happen to run into IRL do not have legitimate reasons. Their reasons may be, “they’re too big” or the “unwanted attention”. Those aren’t legitimate reasons to me. They get a reduction thinking it’s going to create an easier life, but actually the opposite happens.

Exercise IS a part of the problem! Instead of cutting of healthy parts of yourself, one should try to improve the function of the ones that are not so healthy/strong. Also, the majority of the personal trainers are mentally challenged! All they now for the spinal muscles are deadlifts and, even less efficient, back bridges. The spine has several muscles supporting it and the ones that need more strength, in this case, cannot be trained properly by the exercises above. Deadlifts are important for overall health and strength, but these women should also do curl-ups (a version of the hyperextension)… Read more »

well you have 2 options 1. You make sports and exercise your life long and with limitations in your normal life and not a 100% guarantee it helps. or option 2. One breast readuction and you will never have back pain again in your life and no limitations… i think we all would choose number 2.

btw… supposedly Viola has a new BF and also Hitomi Tanaka broke up with hers and posted on her IG a couple days ago that she is once again single.

Hitomi also recently shot a new movie so I dunno if that played a part in her and the BF breaking up if its b/g work.

Lucie Wilde could have been the greatest performer ever. Truly a shame that she quit. I also hate the fact that so many people are hostile against her and have created this long running joke of her being a bore, when the fact of the matter is that some of her scenes were only boring because she was bored in them – and that isn’t her fault, that falls on the guy she was with. She had a few scenes where she was clearly enjoying herself – the DDF sauna scene is a great example (and one of the greatest… Read more »

Could be. A shame all around, whatever the case.

some asshasts ( I think it was only one). Medicated.. I guess I know what you are talking about…. haha I think you have insiders info that is better off the public knowledge

@Gogong, do you have any sources for your claim? Any scientific studies on BR resolving back pain long term?