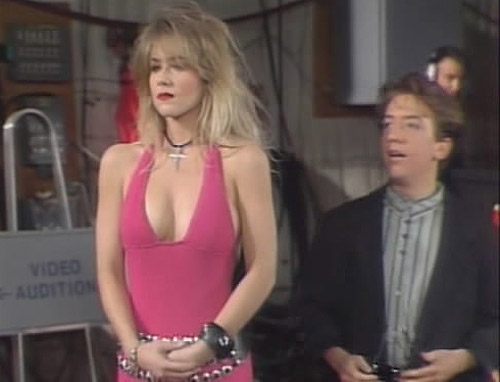 Christina Applegate was the cutest bimbo on television. Kelly Bundy -the girl on the featured image of this post- was not only the eye candy, but was very funny. Now that I look at it, she may have been the hottest and pretties girl on tv in the 90’s. However, I was infatuated with Saved By The Bell’s Kelly Kapowski. Below a short video of Kelly Bundy shaking her boobs. Kelly Bundy was that hot bibo girl next door every straight male would like to fuck.

On and who can’t forget the time when Al Bundy wants to buy a bra for Peggy. The girl was not busty but hot still.

What other Married With Children girls did you like?

Letha Weapons still is in the life, she still escorts last I heard.